New Delhi (02 Sep 13): The National Under-11 Open and Girls Chess Championships-2013 got to a rousing start here at Ludlow Castle Sports Complex, Civil Lines on Monday.

A total number of 181 players in Open and 101 in girls section from 26 states are participating in this prestigious championship. 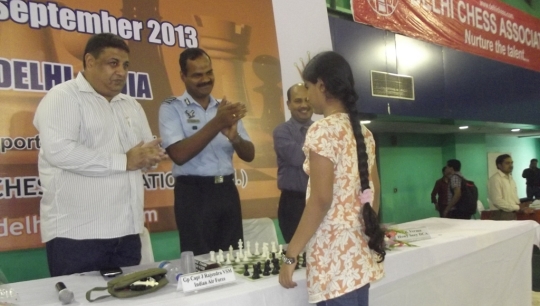 In both categories, all the seeded players sailed smoothly to the second round with full point in their kitty.

In the open section, top seed Ram Aravind of Tamilnadu, started his campaign with an easy outing against team mate Dharshan P while second seed Saurabh Anand also started his championship campaign with a bang as he overcame his rival Debanga Kalita of Assam without much struggle. 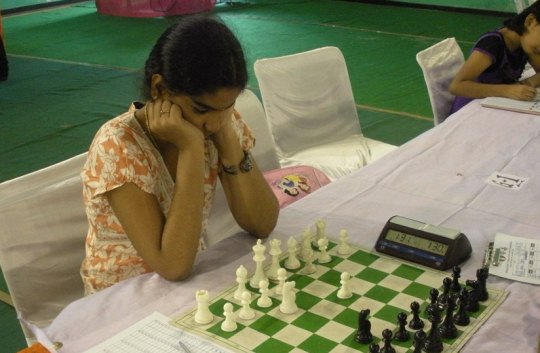 World Under-10 Girls Champion Priyanka Nutakki of AP in action

Second round of the 11 round Swiss system championship is underway at the time of report.