Bodda Pratyusha’s winning spree was halted by V Varshini in the fourth round of the Ramratna National Women’s Chess Championship that is taking place at Kolkata.

Varshini went for a big king side offensive against Pratyusha’s Sicilian defence. Pratyusha won three pieces for the queen. Varshini repeated the position with her queen and drew in 52 moves.

Pune stars, Soumya Swaminathan and Swati Ghate won their games to maintain the top position with 3.5 points from four games. A rook sacrifice fetched Soumya a pawn and in the end she won a long queen and rook ending after 60 moves against Bhakti Kulkarni. 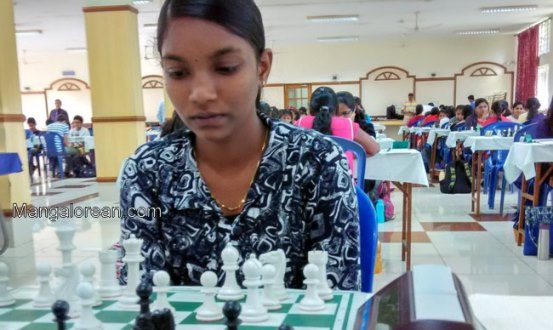 Priyanka sacrificed a knight to get a perpetual check draw against Michelle Catherina. Seven rounds remain to be played in this 12-player event.