Once again organized by PERCASI (All Indonesia Chess Federation) with sponsorship from its President Hashim Djojohadikusumo, this year’s second edition builds upon last year’s highly successful inaugural event with a top class, diverse and representative field of old and young talent, both male and female, from as many as 18 countries!

Our congratulations to PERCASI which has certainly put together one of the best International Open tournament seen in Asia in 2012! 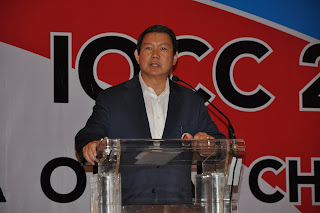 Indonesia does chess in the grandest possible fashion and no one who has ever played in an international tournament there will ever forget the experience, so the 27 Grandmasters playing including 9 rated 2600+ will be looking forward to the competition in more ways than one!

Top seeded will be Ivan Sokolov, representative of the Netherlands, but he will have serious competition from last year’s winner Li Chao and Yu Yangyi from China while Vlad Tkachiev representing France, the KL open 2009 winner Nguyen Ngoc Truong Son, the winner of Heart of Finland 2012 Jaan Ehlvest now playing for the USA, India’s Surya Sekhar Ganguly and the large delegation from the Philippines of Oliver Barbosa, Rogelio Antonio, John Paul Gomez, Mark Paragua, Darwin Laylo, Eugene Torre and Richard Bitoon will also be looking to be winners.