Today was the first of the three days with double rounds in the Indonesia Open Chess Championship.

But it is still early days so fighting chess was again the order of the day – with such a strong and evenly matched field, it would seem that every point won and every half point saved would be critical at the end of the nine rounds when the winners would be determined – and some took risks that did not quite pay off!.

The round had started with 14 players with perfect scores and ended with just five.

India’s Surya Shekhar Ganguly was a convincing winner against Marat Dzhumaev as was Dimity Bocharov and Merab Gagunashvili who ended the respective runs of IMs Nguyen Duc Hoa and Oliver Dimakiling. 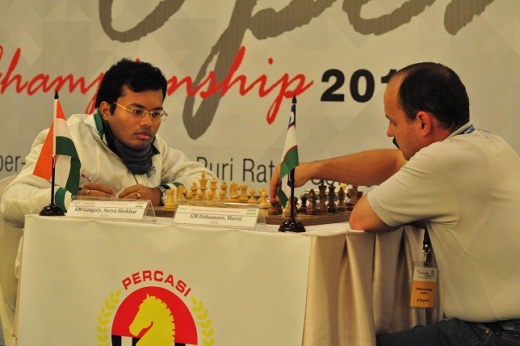 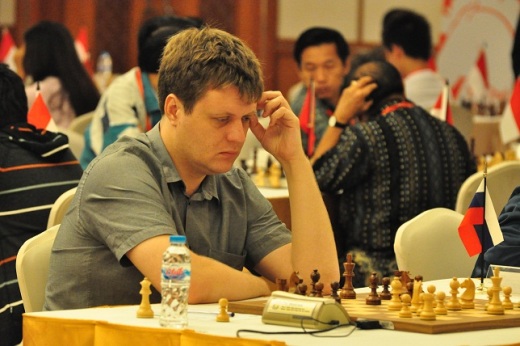 Of the others also now on 3/3, Avetik Grigoryan was a little lucky against fellow GM Richard Bitoon when the latter spurned perpetual check to try and win in his opponent’s time trouble while Lu Shanglei was just a little too tricky for IM Tania Sachdev whose game in time pressure understandably fell apart towards the end.

Dao Thien Hai had a very comfortable draw against the much higher rated Yu Yangyi on top board and they therefore lead 10 other players on 2.5/3 into round four. 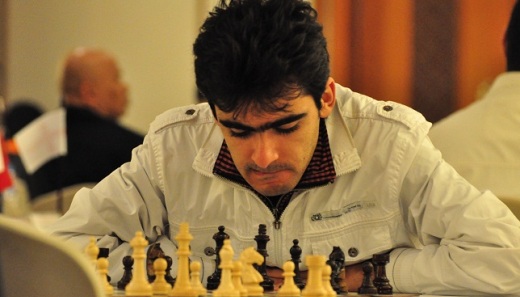 Joining them after Asian match ups were, Nguyen Ngoc Truong Son who proved too strong for the 60-year Eugene Torre while local hope Susanto Megaranto was equally convincing against his young compatriot Azarya Jodi Setyatu. 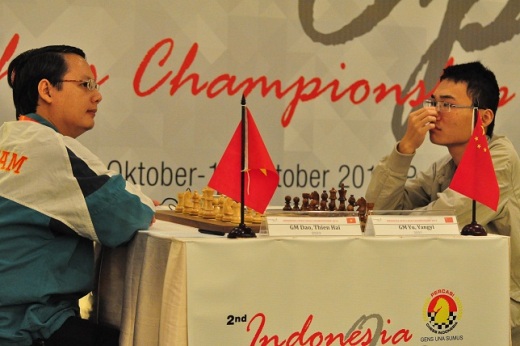 On the stage for round four will be the matches Merab Gagunashvili vs Surya Shekhar Ganguly and Avertik Grigoryan vs Dimitri Bocharov.

And on third board the remaining leader Lu Shangli will have to defend the black pieces against countryman Li Chao who remains a big tournament favourite. 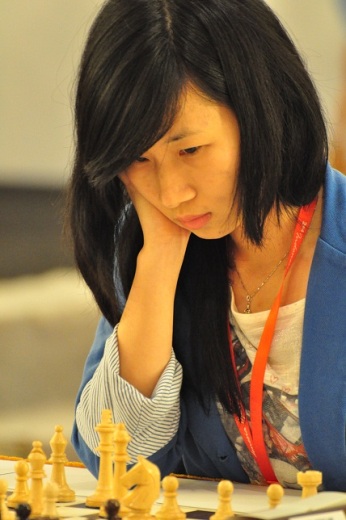 GM Yu Yangyi will play GM Hoang Thanh Trang who after dropping a surprising half a point in her first game has since shown good form with back to back wins.

The other game that will be eagerly followed is of course that of Indonesia’s Susanto Megaranto who will be up against in form Ukranian GM Sergey Fedorchuk. 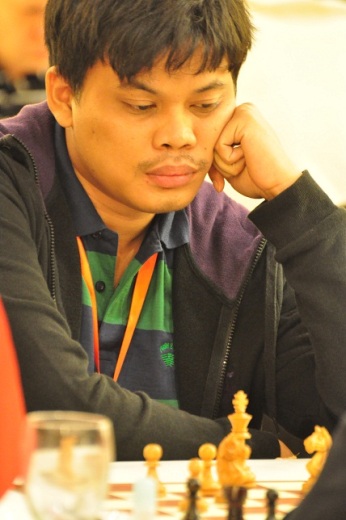