Saturday was the second of the three days with double rounds in the Indonesia Open Chess Championship but there was little letup by the players with the majority of games going all the way.

We now have a sole leader on 4.5/5 in China’s Yu Yangyi who beat the Russian GM Dimitri Bocharov with the black pieces in the top board match up. 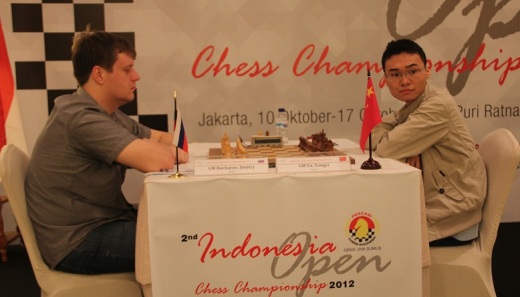 Several players had the chance to match that score but the draws by Lu Shanglei, Nguyen Ngoc Truong Son, Surya Sekhar Ganguly, Avetik Grigorian and Merab Ganunashvili allowed Li Chao, a convincing winner over Dao Thien Hai, Ivan Sokolov who downed Xiu Deshun, and Boris Chatalbashov who beat Marat Dzhumaev to be the eight players in second place half a point behind on 4/5.

Local hope Susanto Megaranto remained in contention with an unbeaten 3.5/5 after full blooded battle with IM Oliver Dimakiling that ended in a draw. 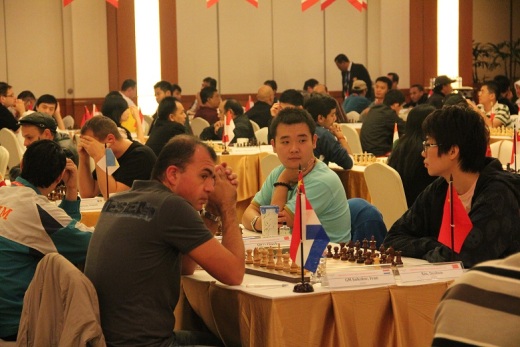 Sunday is a well earned rest day with an excursion planned to nearby Bogor but we can expect more exciting chess when the games resume for Round 6 at 9.30 am on 22 October and Round 7 later that day at 4.30 pm.