The 3rd Indonesia Open Chess Championship (IOCC) 2013 held at the Sahid Jaya Hotel in Jakarta got off to a grand start with the Opening Ceremony officiated by Roy Suryo, Minister of Youth and Sport.

Following the report by Ida Gayatri, IOCC Organising Chairperson, the representative of the National Olympic Sports Council added his welcome to participants and congratulated the Indonesia Chess Federation (PERCASI) for once again doing an excellent job in promoting and developing athletes able to compete in the international arena.

The program next showcasing Indonesian dance from Acheh province recognised by UNESCO as an integral part of mankind’s heritage.

Hashim Djojohadikusumo, PERCASI President, then took the stage and started by thanking the participants for helping implement his vision of exposing and training Indonesian players by their coming and playing here!

He then shared his plan to have numerous grandmasters emerging from the many young players in Indonesia and congratulated Medina Warda Aulia for becoming his country’s second Woman Grandmaster at the recently concluded World Junior Chess Championships. 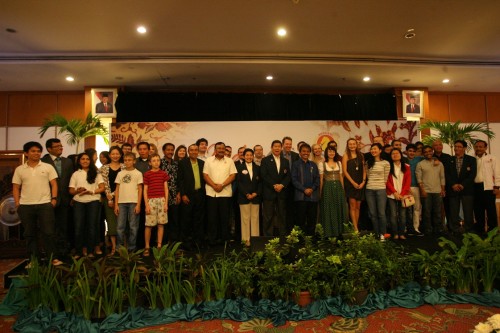 Minister Roy Suryo opened the event, first recognising the presence of a former World Champion, a World Championship finalist, and two current European Champions. He then went on to laud the strength and depth of the field and praised the positive aspects of chess, even comparing the moves and strategies of chess before officially opening IOCC 2013 by making sounding the ceremonial gong and playing a chess match with Hashim Djojohadikusumo.

Earlier at the Press Conference, the PERCASI President took pride in having 70 foreign players including no less than 30 grandmasters, many with elite 2600+ ratings from 29 countries coming to make IOCC not only the leading international Open in Asia but among the top 10 in the World.

He also shared his hope and dream that Indonesia would be able to join Dubai and Manila as an Asian nation able to hold the World Chess Olympiad in the next few years. 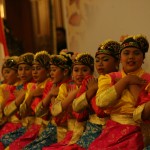 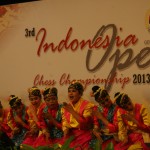 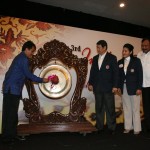 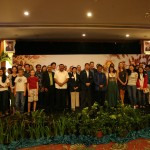 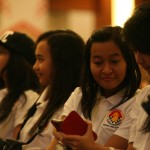 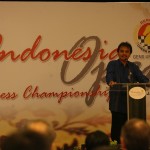 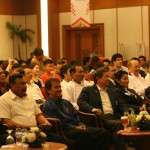 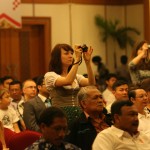 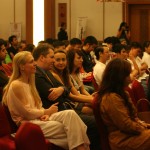 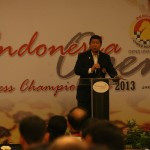 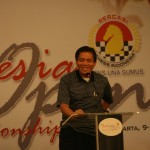 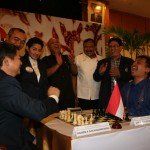 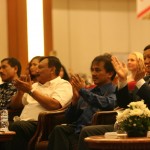