In an all China encounter, tournament leader Yu Yangyi crushed Lu Shanglei’s Sicilian Dragon to cement his lead at the top of the standings and to all but ensure he will be the champion of the Indonesia Open Chess Championship (IOCC) 2012 with one round to go.

Yu who now has seven points from eight games has only one real challenger left in defending champion Li Chao who beat Armenia’s Avetik Grigoryan to be a half point behind on 6.5/8. But Yu and Li have already met each other in round seven where a hard fought game ended in a draw.

Top seeded Ivan Sokolov who now represents the Netherlands recorded his sixth win to be on 6/8, this time over at the expense of Boris Chatalbashev of Bulgaria. He will now be playing Yu in the final round with the white pieces and still has a chance for a share of first place if he wins. 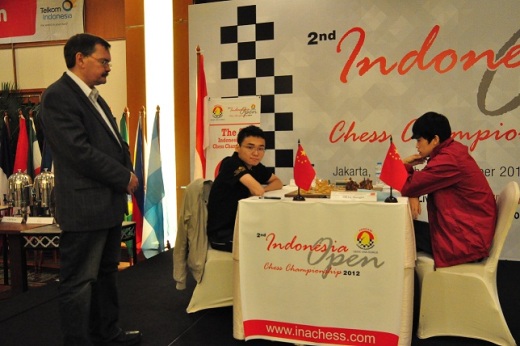 Also in contention a point behind the leader and joining Sokolov in third to fifth places are Vladislav Tkachiev who plays for France and Vietnam’s Nguyen Ngoc Truong Son.

Leaders amongst the women on 4.5/8 are Vietnam’s Pham Le Thao Nguyen, Hungary’s Hoang Thanh Trang, China’s Guo Qi and India’s Tania Sachdev and they are followed by Indonesians Irine Sukandar and Medina Warda Aulia who have four points each. 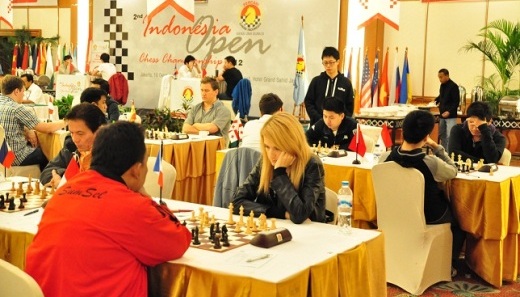