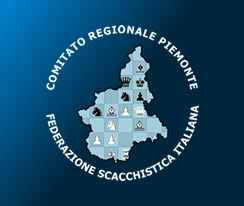 Teaching chess at school may significantly improve pupils’ mathematics learning abilities, according to a study by INVALSI (the Italian National Institute for the Evaluation of the Education System) conducted as part of a controlled research project involving some 2,000 8-and 9-year-old children attending a sample of primary schools throughout Italy.

The SAM research project investigating the effects of learning to play chess on maths skills, developed by academic staff members Gianluca Argentin (Milan-Bicocca University), Alberto Martini (University of East Piedmont) and Barbara Romano (University of Pennsylvania), is the most recent in a series of studies on the potential advantages of chess in education promoted and conducted by the Piedmont Regional Committee of the Italian Chess Federation, presided over by Dr. Roberto Rivello, funded by Piedmont Regional Council and Compagnia di San Paolo.

Their findings have now been brought together and published by Prof. Roberto Trinchero from the University of Turin and will be the subject of a conference on 28 May 2012 at the Piedmont Region’s “Centro Incontri” congress centre in Turin.

The conference, which is open to the public, will mainly address primary and secondary-school teachers and will also discuss the possible implications of the European Parliament’s recent declaration on the introduction of the “Chess in School” programme in the educational systems of the European Union.

Chess has been part of the curriculum in schools in Piedmont for some time now. Initially only implemented in the city of Turin, under an initiative pioneered by the renowned Turin Chess Club, the project was subsequently extended to the rest of the region as a positive consequence of the Chess Olympiad 2006 held in Turin.

Each year approximately 20,000 state school pupils aged between 6 and 19 from more than 1,000 classes at 300 schools are included in the programme and Federation instructors provide a total of 12,000 hours of lessons during school hours.

Lessons are based on teaching protocols issued by the Piedmont Regional Committee of the Italian Chess Federation which, coordinated by Alessandro Dominici and working closely in partnership with the competent bodies of the Italian Chess Federation and the Italian National Olympic Committee (CONI), has also organised numerous training courses for instructors and teachers at state schools, awarding diplomas to 380 new Federation instructors and teachers. The figures are encouraging, but we still have a long way to go.

Representatives from the most important organisations around the world involved in teaching chess at school will take part in the conference, also via video-conference.

It will be broadcast live on internet, with simultaneous translation into English. This event has been conceived as the natural continuation of the International conference “Chess: a game to grow up with” that was held in Turin in 2009, during which speakers from four continents discussed the advantages and positive effects of the various initiatives and methods of teaching chess at school.