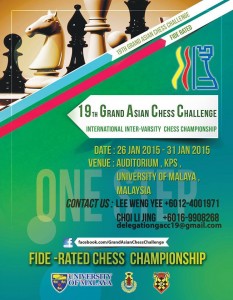 The Grand Asian Chess Challenge International Inter-Varsity Chess Championship 2015 is scheduled to take place from 26th to 31st January 2015 at the Tuanku Bahiyah Residential College at the University of Malaya in Kuala Lumpur, the federal capital and most populous city in Malaysia.

The event is a 9-round individual Swiss tournament open to all UNDERGRADUATES and POSTGRADUATES from universities, colleges and other institutes of higher education. All participants are required to present their original student identification or official supporting document upon registration to verify their participation in this event.

FIDE rules and regulation will apply and the time control will be 90 minutes plus 30 seconds increment starting from move 1.

For team event results, accumulation of highest scores from four team members (inclusive of score from at least one female team member) will be taken into account. A team may comprise a minimum number of four to a maximum number of six members from the same university. There must be at least one female player in each team. Import of players from other universities is ONLY allowed if the team concerned has difficulties in finding a male/female player, provided that the team itself is composed of three members from the same university already.

All mobile phones & electronic devices are banned in the tournament hall.

All participants are entitled to only one prize (the larger). All prize winners will get certificates. 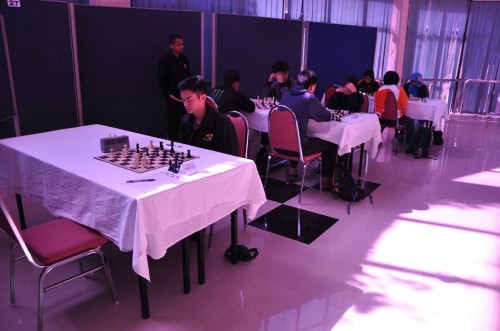 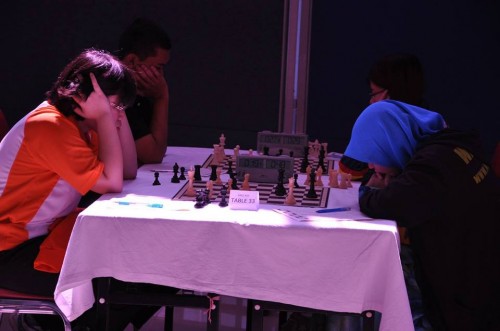 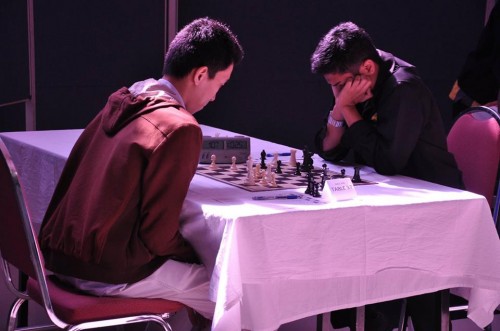