Playing Venue
The games will take place in the 4-star Paleros Resort Beach Hotel, on the coast of the Ionian Sea, opposite the island of Lefkada and the celebrity island Skorpios of the famous Aristotelis Onassis (Map). Paleros is an excellent summer location with a long 3 km of beaches, surrounded by pure natural beauty and the crystal-clear waters of the Ionian Sea! 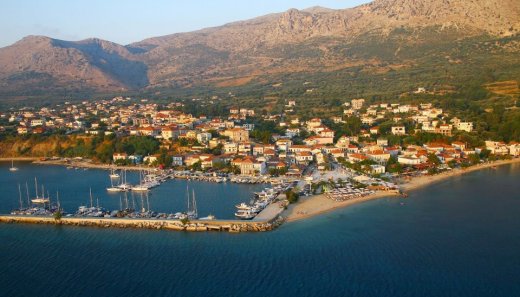 Regulations
FIDE rated swiss system in 9 rounds. Open to all chess players. Time limit per player: 90 minutes for 40 moves + 30 min. for the rest of the game + 30’’ increment for every move starting from move one. A player forfeits the game if he hasn’t appeared at his board during the first hour of the game. Tie break criteria: a) games between the tied players (only if all tied played each other), b) sum of progressive score, c) Buchholz, d) number of games with black.

Additional nights possible upon request. For registrations after 25 July the cost will be 10% higher, upon availability.

Special offer for young participants
For children under 12 (born on the year 2001 and later) there is a 50% discount if they are added as a 3rd person in the double room of their accompanying persons. A great opportunity for chess families! 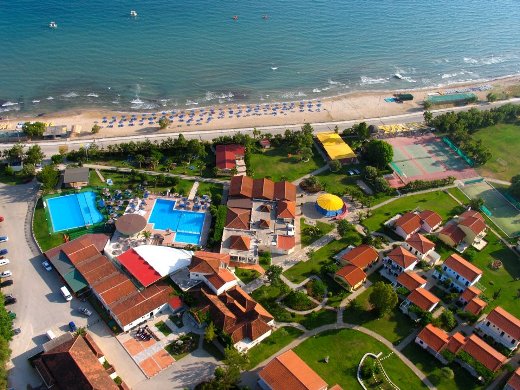 Flights / Transportation
There are three (3) airports which can serve Paleros. The nearest is the airport of Preveza, only 28 km away, which connects with other European cities. The IATA code of Preveza is PVK and some major international airlines reach Preveza with direct flights from:

For participants from Athens, the Organising Committee will provide bus transportation from Athens (Omonia square) to Paleros Resort Beach Hotel on 24 August at 7:00 am, with return on 31 August at 18:00. The cost is 58 euros per person including both ways.

For drivers on the road through Italy, you can reach the port of Igoumenitsa with fast, luxurious and latest technology ferry boats from Ancona, Bari, Brindisi and Venice. After arriving in Igoumenitsa, Paleros can be reached by car within 90 minutes. If you are driving instead from Northern Greece, the Egnatia national highway from Thessaloniki to Ioannina is very fast and after Ioannina you just follow the south route to Preveza – Vonitsa – Paleros. The Organising Committee can also assist you with further instructions or to provide individual transport service upon request.

Registration
Entries must be sent by 25 July 2013 to the fax number (+30) 2641500112 or by e-mail at paleroschess@gmail.com All entries should include full name, rating, accomodation type, dates of arrival/departure and receipt of bank transfer. All entries should be confirmed by the Tournament Director and rooms will be booked after the deposit of 40 euros per person (free of bank charges) by 25 July 2013 to the following bank account: