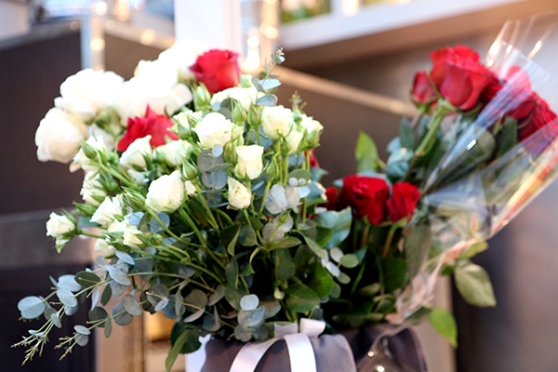 On the eve of the International Women’s Day, a traditional match between “Blondes” and “Brunettes” took place in the Moscow restaurant “Carlson”.

The playing format was 8-rounds Scheveningen system with the time control 3’+2″. 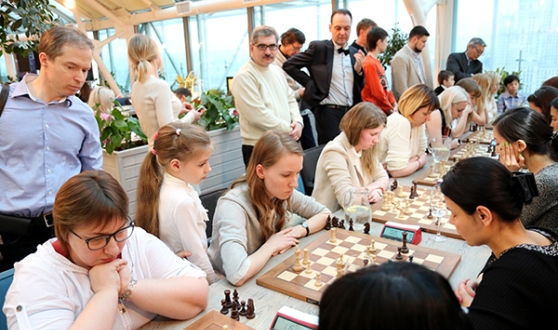 At the opening ceremony the director of the FIDE representative office in Russia, the assistant to the FIDE President Berik Balgabaev congratulated the International Women’s Day and awarded the bronze medal of the women’s world championship to Alexandra Kosteniuk. 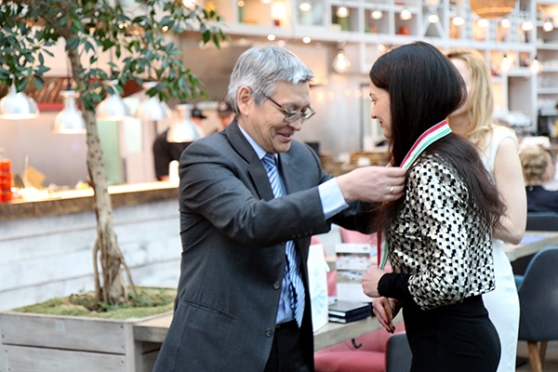 In the winning team Ekaterina Kovalevskaya had the best score of 6,5/8 points, followed by Natalia Zhukova and Olga Girya with 6 points each.

In the team of brunettes Alexandra Kosteniuk was best with 6,5/8 points. 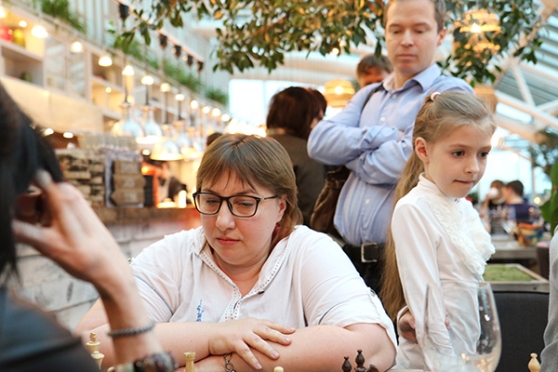 Brunettes were better in 2016.

All participants received flowers and souvenirs from the organizers, and the winners were presented with handkerchiefs with chess drawings and books from the famous writer Sergei Lukyanenko, which he handed them personally. 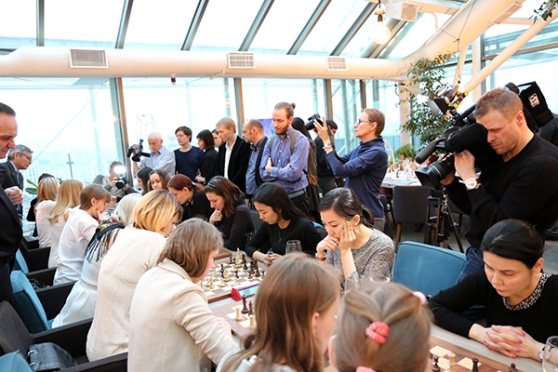