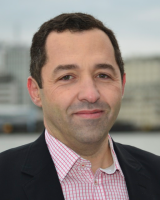 When Nils Grandelius took the victory in today’s Abu Dhabi Masters Tournament 2015, it was a first milestone in training cooperation with Evgenij Agrest.

Here´s an interview with trainer Agrest right after Grandelius triumph in Abu Dhabi, the biggest Swedish individual tournament success for many years. World Cup-semifinalist Pia Cramling is Sweden´s big star in women´s chess but in men´s chess Sweden hasn’t have many glory moments since 80’s and 90’s when Ulf Andersson and Ferdinand Hellers were challenging the world elite.

Evgenij Agrest, how do you explain Nils Grandelius’ victory in Abu Dhabi?
“What can be seen with recent years’ results is that Nils is on track to reach new heights in his playing level. Nils has been close to winning other major tournaments on several occasions, so this victory was not a huge surprise to me. But it was particularly gratifying that he finally held up on a high international level.”

So how far do you think Nils Grandelius can climb in the world rankings?
“When he gets appropriate training opportunities I see all the possibilities for him to achieve 2700 in the coming years.”

The first meeting between Evgeny Agrest and Nils Grandelius was a bit tentative.
“My first encounters with Nils in “trainer-player relation” was during world championships for juniors in 2010 and 2011. Then there was silence … It was not until late 2012 when Nils contacted me again.”

Agrest and Grandelius had the first training camp together in the beginning of 2013. Since then there have been both Skype and “live” training. 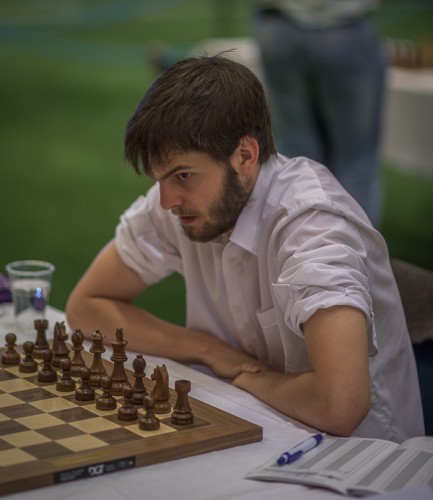 So how good was Nils Grandelius when you started training him?
“Nils was really sharp when it came to opening preparation and sharp positions on the board. That I saw immediately. He also played really well when he had the tactical initiative. But there were things to improve in his chess but also psychology and improvement of basic physics. The improvement of basic physics played surely a major role when Grandelius won the marathon game against Vladimir Akopian (83 moves) which gave him the victory in Abu Dhabi Masters.”

2015 will surely be a chess year to remember for Nils Grandelius. The new chess star from Sweden.