Mr Gianpietro Pagnoncelli, President of Italian Chess Federation since 2005, has kindly agreed to an interview with Chessdom.com.

Q: In the recent weeks Fabiano Caruana has had a string of fantastic results. How do you comment on this?

A: I am really happy. But before speaking about Caruana, let me thank the Chessdom staff for this interview and for the interest shown in chess in Italy.

As well as Caruana, everybody was astonished by the excellent result he achieved. Actually I know Fabiano Caruana and I have been waiting so long for his triumph: finally it was rewarded. I agree with the commentators who stated: “Caruana’s performance is nigh on miraculous. Caruana wasn’t merely avoiding draws and losses”. And “he was ‘spanking’ his opponents”.

Moreover I remember what Maxime Vachier-Lagrave said in an interview after their game: “He’s not making any mistakes”. At present I hope he will repeat the result in the Grand Prix Tournaments and later in the Candidates Tournament… 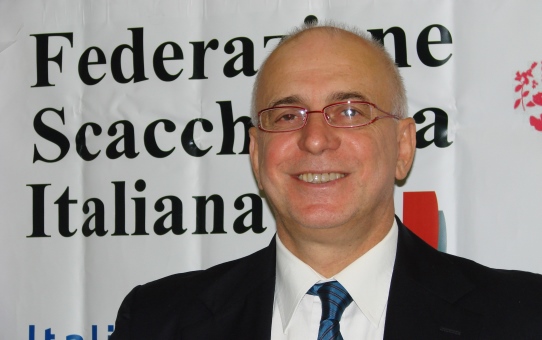 Q: There has been considerate attention to Caruana’s success in the Italian mainstream media. What kind of impact can this have on the Italian chess community and consequently on the national federation?

A: It is true, there was great attention in the newspapers, radio and tv, as well as in the websites not devoted to chess. All the media asked to interview him!

As you know, his victory at the Sinquefield Cup earned Caruana the highest tournament performance rating of all time, crushing even Karpov’s legendary result at Linares.

As a result of this extraordinary success by Caruana, the most popular sport newspapers in Italy (La Gazzetta dello Sport) dealt extensively with this event, providing detailed articles and even the diagrams (!) of Fabiano’s most significant game moves.

Above all that the last three games of Caruana played in Saint Louis were broadcasted by important TV station such is Sky! This had a strong impact not only on the chess community, but it is too early to estimate the benefits for the Italian Chess Federation. 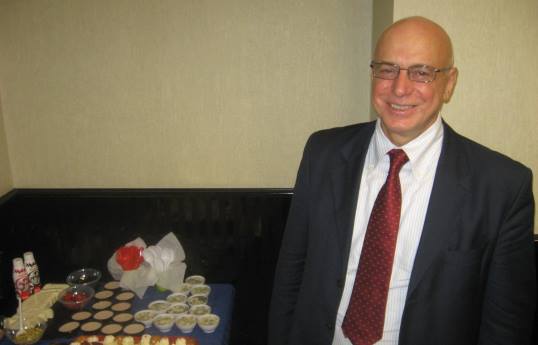 Q: Do you believe it is possible to attract additional sponsorship for chess events and development?

Q: During the Sinquefield Cup there have been certain rumors that Caruana could return to represent the US chess federation. What is the truth?

A: I do not think it will happen. Some time ago, Fabiano’s mother, Mrs Santina, excluded this hypothesis sending a tweet. Nevertheless, everybody is free to take his own choices. Fabiano’s answer to this question in Saint Louis was “That’s a private matter’.

Q: Italy is home of many famous and long running tournament and recently there is huge progress in coaching new talents. How do you see the development of chess in Italy in next few years?

A: Actually in Italy there are many famous and long running events. Concerning the competitive events, for instance, the tournament in Imperia had 56 editions in a row! Or, as it concerns promotion events, the famous ‘Live Game’ in Marostica is more than 60 years old!

There is also a long established tradition of ‘Chess in School’ which dates back to 40 years ago. Today chess is often considered a mandatory school subject; in particular, for present school year 2014/15 scientific high school with sport specialization have been established and chess may be a mandatory subject. This enables our players to become teachers and instructors; and to increase knowledge of chess and to raise the technical level of the players. 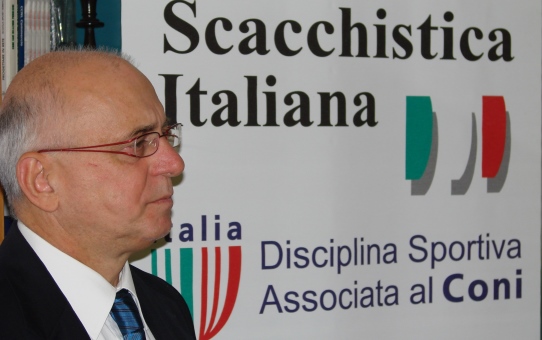 Q: Besides Caruana, you have many strong Grandmasters – Vocaturo, Brunello, David and Dvirnyy. What kind of results can be expected in the next Chess Olympiads and European Championships?

A: We do not prevent ourselves from any chance of success, but we realize that in the European Championship it is not easy to defeat countries keeping up a continuing tradition as the Eastern countries.

In Chess Olympiad you have to add for instance China, India and the United States. But our young players are rising – besides the above mentioned players I would like to add Grandmaster Axel Rombaldoni. And, why not, the Grandmaster Michele Godena – he is a member of the ‘old guard’ but even now he is a player of great talent.

Moreover there are many young International Masters ready to gain the Grandmaster title. So, I do wish that either in the European Chess Championship and in the Chess Olympiad the Italian teams could follow in Fabiano’s footsteps and achieve amazing results.