Vaisser was born in Almaty, Kazakhstan in 1949 and since 1991 he lives in France. He is currently playing the 21st World Senior Chess Championships in Opatija. The interview is conducted by Adolivio Capece.

Q – Is this the first time you play in Opatija? And in Croatia?

A – Yes, it is my first tournament in Opatija, but not in Croatia: I played once in Pula.

Q – When did you learn to play chess?

A – I was 5 years old. Then when I was 17 I played in the Junior Soviet Team. But then I devoted my time to get my degree in University. Only after this I came back to chess; in 1982 I won the Russian Championship and I became International Master. In 1985 I got the title of Grand Master. 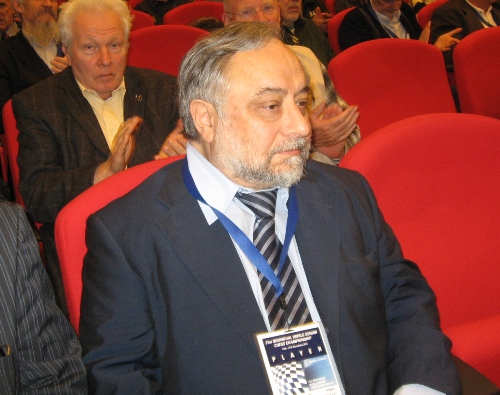 A – Yes, I am not only a player, I wrote a book, I was trainer, for example, of Psakhis (in 1980 and 1981 when he won twice the USSR Championship – the second time due to better technical tie break than Kasparov). And I was also the trainer of the French national team.

By the way let’s remember that Vaisser was French champion in 1997.

A – In 1998 I almost stopped to play chess, to devote myself to other projects; for some time I played no more than one or two tournaments a year. I was close to definitively stop with chess but last year I won the World Senior Championship: thanks to this, I got many invitations so I decided to go on!

Q – Coming back to Opatija, how do you feel about the organization?

A – Quite fantastic! And moreover (but this is not worth of the organisation) also the weather is really beautiful! May be that some improvement can be made in the play room, but it is rather comfortable.

Q – Who is your favourite for the title?

A – In my opinion there are many players that can win this championship, at least twenty! The swiss system offers many chances and – at a certain age – almost everything may happen!