Argentine Grandmaster Fernando Peralta won brilliantly the 4th Master Duchamp, which took place in the historic halls of the Argentine Chess Club as part of the Festival Marcel Duchamp 2012. Peralta totaled seven out of ten possible points, with 5 wins, 4 draws and only one defeat.

The IV Magistral Duchamp reached FIDE’s Category XIV. Only once in Argentine history, an event with the same strength was played: the Magistral Najdorf 2001, which was won by former world champion Anatoly Karpov of Russia.

But Peralta’s feat is even greater because during the development of this tournament, he got five consecutive victories and broke the record held by Danish grandmaster Bent Larsen, who in 1979, at the II Magistral Clarín (class XI) achieved four straight wins.

“I don’t think it’s normal to start a big tournament with five straight wins, this never happened to me before in my career,” said the tournament winner to Chessdom’s correspondent Carlos Ilardo (@ajedrezcaichess). 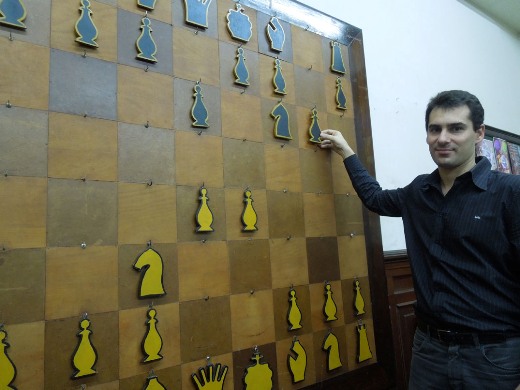 Peralta is 32 and has lived for 12 years in Catalonia, where he represents the “Club Cerdanyola of Vallés”. In 2010 he decided to share his life with someone else, and after almost four years together, decided to marry Natalia, a young Argentine who also has some links with the chess world.

His emotional stability, perhaps, turned his game in the last Olympiad in Istanbul; Peralta was a mainstay in Argentina’s great performance.

“What happened in Istanbul was the best thing that happened in my career. About my style of play? Perhaps I used to play positionally in a very conservative way, and the greatest merit is that now I am more balanced and managed to be comfortable in dynamic positions with tactics” said the former Argentine champion from 2006.

How is your life in Barcelona?

I combine high level competition with teaching. There are times of the year that I spend teaching (small groups of 4 students) and studying myself, and in others I only play tournaments. When I am studying, I impose an every-day rhythm without limits. I just stop when I get tired. If I were to take an average, it would be more or less 3 hours per day.

Why to study being a 32 year old Grandmaster?

Well, because I have the conviction that chess is a sport that can be improved well into middle age, and I understand that I can still continue to improve while I have energy to do so. Unfortunately, I think I have lacked a coach, and the current conditions are somewhat inaccessible, simply because the value of his/her classes should be higher than what I can charge for mine. 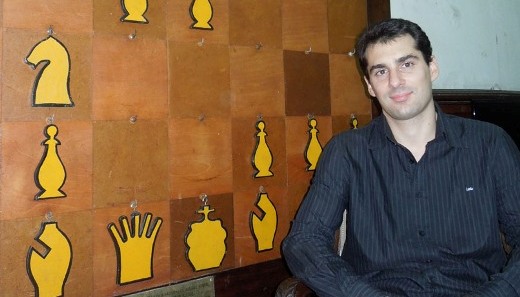 Living in Barcelona with Messi should be fabulous. Could Argentine chess use a figure like Messi?

Barcelona is crazy with Messi… But beyond all, if one analyzes the case of Messi, it was not a coincidence. He is the result of hard work; since he was a very small boy, he went to a place where he had a number of improving techniques and work at his disposal, all accompanied by a strong infrastructure, and that seems very difficult in the Argentine chess, so it would be impossible to take advantage should a diamond like Messi present itself in chess.

From your experience, do you know what place or country does a good job in the development of chess?

I think that in some way and under a different reality, Cuba has the right approach, providing benefits to the country’s elite players. That allows for competition and the rise of many young talents. In Argentina, a few years ago, there was a breakthrough with the grant given by the Sports Secretary of the Nation. It was a small grant, but it was important for the players.

Do you have idols in chess or do you follow a particular teacher?

I watch a lot of chess, but Magnus Carlsen stands out above the rest, and that is palpable when you see the quality of his games. Yes, he might be the next world champion, because I think he can beat Anand, but even if he doesn’t, no one can deny the fact that he’s the No.1 in the world.

Are you fully aware of everything that happens in your country, especially in Catalonia?

Well, I think so. The crisis in Spain is the biggest one I ever had to live in the twelve years I’ve been in Barcelona. I’m also very excited about the issue of the independence of Catalonia. We are going through a very interesting process and, apparently, the wishes of the majority of the Catalan people will finally become true: to be an independent country. I was surprised by hearing and seeing cases of people who have suffered oppression. Now I can say that I understand why Catalonia is not Spain”. 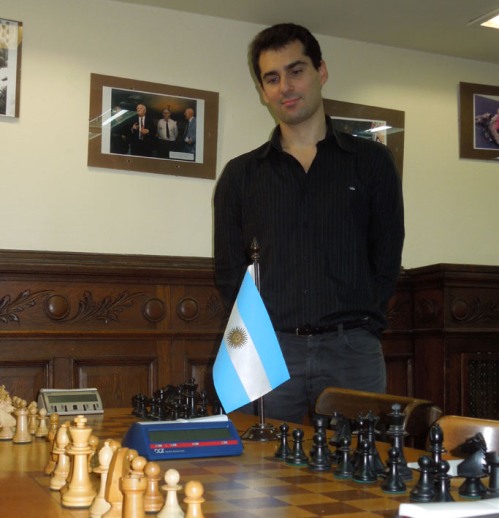