WGM Irene Kharisma Sukandar from Indonesia convincingly won Alexander The Great Open that concluded yesterday in Porto Carras, Greece. The interview was performed after the third round.

Chessdom: Irene, many people were wondering how come you flew from distant Indonesia to compete in Alexander The Great Open, so now I am passing the same question to you.

Irene Kharisma Sukandar: Actually, I am just accompanying my sister Diajeng Theresa Singgih here as she is playing in the World School U9 Championship. As you have noticed, her last name is different from mine, but this is only because of our custom in Indonesia that we don’t have surnames. I also have a brother and his last name is different too.

C: Are you planning to connect this tournament with some other events in Europe?

IKS: I am going to play in some other tournaments. My sister will be going home with the rest of the team and I will stay in Europe for another month.

I will play a double round robin Grandmaster tournament in Keckemet, Hungary, then some rest days in Vienna, and then I will have two tournaments in Bulgaria. Then I have to go back home because I will represent Indonesia in Asian Indoor Games in Korea. 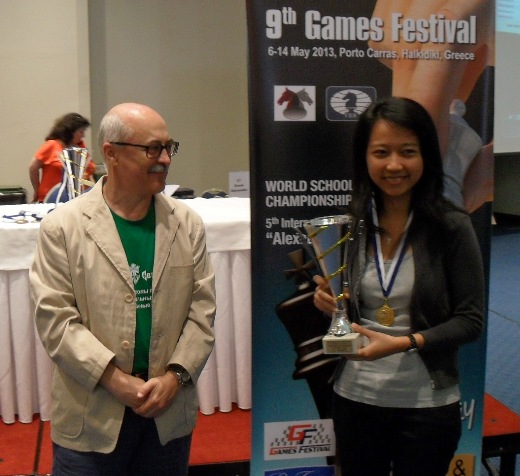 C: But you will not defend the tile of Asian chess champion?

IKS: Oh I will not. It is a bit tricky for me because of the timing. To win the Continental Championship this year just brings the qualification for the World Championship next year, but I already qualified by winning the event in 2012. I am already in Europe, so I thought I could play a couple of tournaments hee.

C: Is the competition stronger in Europe?

IKS: Well, I can’t say in those words, because the Continental is really strong. I’m just gaining my experience in Europe, because usually I only play in Asia and Oceania.

C: Your last year’s victory in the Asian Continental was seen as a surprising result, you beat all the strong Indian and Chinese players. How was this achievement welcomed in Indonesia?

IKS: It was really a big surprise, not only to others, but also for myself! The Continental was held in May 2012, and before that in April I played two tournaments in Australia and did very very bad, I dropped like 60 elo points there. After that I went directly for the Continental and you can imagine how I felt.

So okay, I thought I was not one of the seeded players, I already dropped down to 2200 level which was my lowest in last four years, and I felt like an underdog among those monsters.

So I just played and it worked well. I don’t know, maybe because I was low rated but I played good, the other players started to fear and I tried to exploit that. 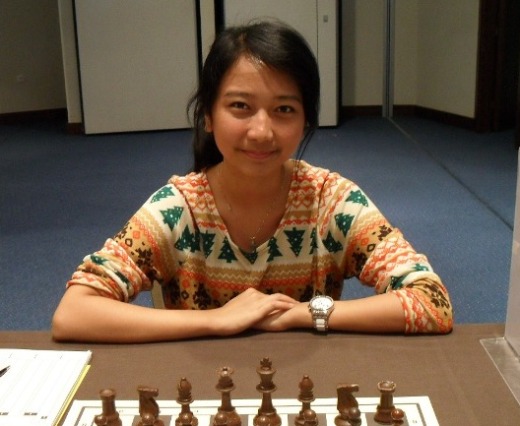 C: You smelled the fear?

IKS: (Laughing) Yes, I smelled the fear. The opponents didn’t play the way they used to play, I know them all too well, and I feel they could have played better.

For example, China’s Grandmaster Zhao Xue is much much stronger than me, but she just couldn’t play exceptionally well in our game and we ended up with draw. Some other players flopped too, they couldn’t stay focused in drawish endgames and I was able to pull wins there.

C: Do you have any title norms for International Master maybe?

C: Really? So you just need the elo?

IKS: Yes, I just need the elo. I accomplished first two norms back in Brunei in 2010, and then immediately another one at the Olympiad. It all happened in two months span.

I think this happened because of my training in Ukraine where I worked with GM Vladimir Tukmakov. This was in June 2010, and in July I started playing in tournaments winning almost all of my games (laughing). 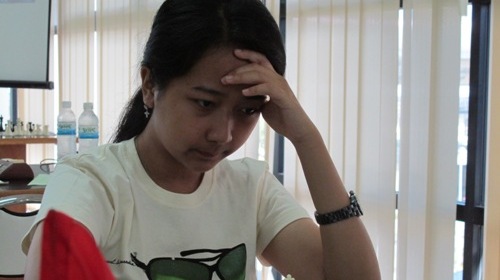 C: Did you have the feeling that you really got stronger after working with Tukmakov, or it was more like a boost of self-confidence?

IKS: Both I guess. Because during the games I felt everything was becoming easier to see. Or maybe I didn’t get that much stronger, but the training with him helped me to fix my mindset towards the play.

C: Did you have other training sessions, perhaps with other coaches?

IKS: After that the Indonesian Chess Federation hired several foreign chess trainers, like from Russia and Georgia. It’s been quite good so far.

C: You also have Adianto Chess Academy in Jakarta…

IKS: Actually, it’s Utut Adianto Chess School, but I don’t go there because I am in the national squad and we have a different program.

C: Tell us a bit about the Indonesian kids that are playing here in World School Chess Championships. Are there any exceptionally good talents that might become future Grandmasters? 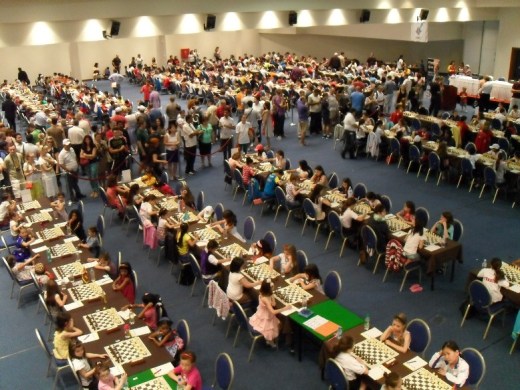 IKS: Well, the chess for youth is growing big in Indonesia, both in quality and quantity. To be compared with my era, it is just so different. Right now they are having lots of tournaments and trainers, and they are improving quite fast.

About the kids that are playing here, I think most of them are pretty good in their age groups, so I expect them to perform very well and win some medals.

C: I noticed that Indonesia is investing lots of resources in women’s chess and you have some great prospects like Medina Warda and Chelsie Monica. What are the expectations for the next Olympiad?

IKS: Yes, both Medina and Chelsie are doing very well for their age, I think they will be excelling pretty quick.

I didn’t play in the last Olympiad, but the girls did very good and finished 24th. So for the next Olympiad, with me, and as we are all getting better, we are aiming for the top 10 finish.

C: That is very ambitious.

IKS: That is very ambitious! (laughing) But is just means that we have to work very hard to get there.

C: Thank you very much for the interview.