FIDE Vice President Israel Gelfer arrived to Tbilisi to attend the FIDE Grand Prix and discuss with Georgian Chess Federation the preparation for the World Cup and Chess Olympiad.

Q: Mr.Gelfer, you are here in Tbilisi for the closing ceremony of the FIDE Grand Prix. What can you say about the tournament?

A: I was following the games online, but now that I am here I can say that the venue, the ceremony, everything is excellent, and fits perfectly the tradition of Georgian hospitality and chess organization. 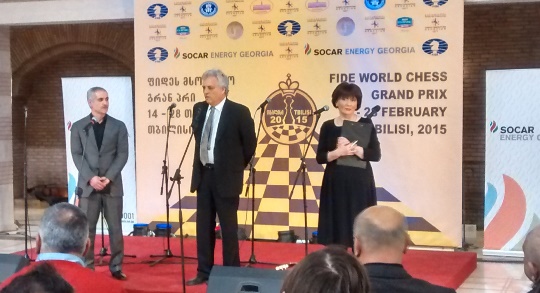 Q: You will also combine this visit to meet the Georgian Chess Federation and discuss the preparation for the World Cup and Chess Olympiad in Batumi. What are the steps in this process?

A: Well, we only started now to discuss the necessary conditions for the World Cup and Chess Olympiad. We might go to Batumi to inspect several hotels and venues. We will discuss some procedural points, contract etc. I hope that we will have great events here in Georgia.

Q: You’re coming from Israel, where the European Individual Championship is currently in progress in Jerusalem. How is this event going?

A: I was in Jerusalem for the opening ceremony. The event is very well organized, we prepared this for a long time. As I heard the participants are happy, I hope the tournament will continue on this note. ECU President Zurab Azmaiparashvili will come for the closing ceremony and we will congratulate the happy 23 winners who will qualify for the World Cup. 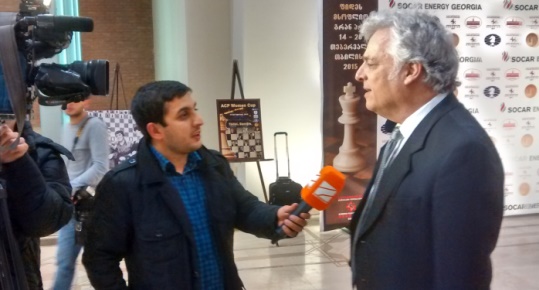 Q: Israel’s Foreign Minister recently proposed to make chess mandatory subject in schools. What do you think about this move?

A: You know that already for many years FIDE and FIDE President are investing lots of effort to introduce chess to schools. There was a 4-year project in Israel, a joint initiative by FIDE President and our Minister of Education, where chess was taught in after-school hours.

Chess is still not a part of the regular curriculum in Israel, I hope one day it will be. I didn’t hear about Lieberman’s proposal, but I welcome the idea, I hope it succeeds. If this happens, I will support him to be Education Minister in the next government (laughing).

In general, I think that the Minister of Sport and Minister of Education have a very good approach to chess for now.