– Could you please tell us more about history of Arab Games? How long is chess included into that competition?

Khalifa Mohammed Al-Hitmi: The first Arab Games started in the 50s. This is the 12th Arab Games ever, but this is the fourth edition where chess is included. We started lobbing chess several years ago and now we are having it in the Arab Games. Let me put it this way: at one stage they were discussing to include camel racing in the Arab Games instead of chess. Arab countries are fascinated by camel racing. Moreover, camel racing draws more money, more audience, and it is a prestigious competition. But we manage to include chess into the competitions.

– Do you think that the Arab Games help to develop chess in the Arab countries?

Khalifa Mohammed Al-Hitmi: This is the fact. Remember, most of Arab nations are from the third world countries, some of which are in the state of transitions; they are changing their political situations. Only two Arab countries have a proper chess program: Qatar and UAE. There is a third country where sport in general is on a good level as well: it is Egypt. But Egypt is a country of an individual sport. They achieve results in individual competitions, but the government does not have a good proper sport programs. Among all the population of Egypt, it is not difficult to find a good sportsman.

So, in general chess is not a priority in Arab countries. Other sports are more popular. For instance, Tunisian women’s team has already got 7 medals in swimming, Qatari shooting team has got 8 medals. Horse racing attracts a lot of attention now. Horses are our pride. What I want to say is that chess is not that popular still. Though chess is still very much highlighted. When Mohamed Al Modiahki took the Gold medal in the Blitz tournament, his picture was in the front sport page in one of the local newspaper which is great to my mind. Plus the newspapers follow the chess results and publish it on a daily basis with pictures of the chess players as well. 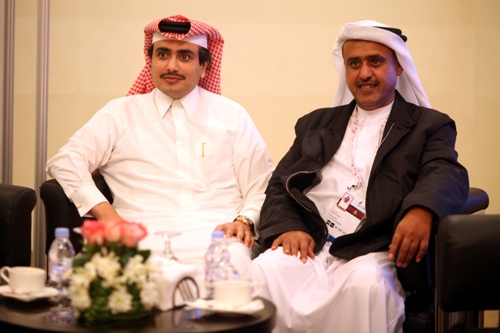 – How do you estimate chances of Qatari team in the team’s competition of the Arab Games?

Khalifa Mohammed Al-Hitmi: I think both male and female teams have chances to win either silver or bronze medals.

– Let’s change subject a bit. How did you come to chess?

I learnt chess at the age of ten. One of my neighbors, who is actually a volleyball player but also plays chess, showed me the rules. I asked him later why he chose to teach me chess. He answered that there were only 10 chess players in Doha and he wanted to make me a number 11, so at least all of us could play a tournament together. In 1982 they opened a chess club. I joined it as a player and later on I became a captain. In 1985 the Federation was created and I became general secretary and the President of Qatar Chess Federation in 1989.

– Do you play chess nowadays?

Yes, I do. I just played one game against one player from my stuff and lost. I also play in Internet under a fake name from time to time. I don’t have much practice although some days I play well, some days not very well and sometimes I’m genius (laughing). My children learnt how to play chess as well.

– You are in FIDE for a long time. Tell us about your activities there.

Khalifa Mohammed Al-Hitmi: I am in FIDE since 1989. I started as a FIDE Zone President for a short period. In 1990 I became the FIDE Continental President for Asia. So I was taking this position for 16 years. After 16 years I quit, enough is enough. I felt that I cannot give anything more. 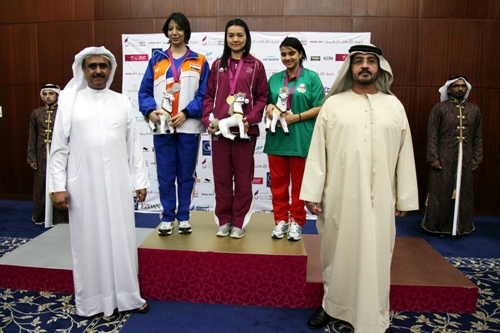 – What goals did you achieve being the Continental President for Asia?

Khalifa Mohammed Al-Hitmi: That is something that people should judge. Personally I don’t feel that I achieved enough. I was trying to organize the Chess Olympiad in 1996 in Doha but God forgive Mr. Campomanes, he had something else in mind. Now we are seriously thinking to host the Olympiad in 2016 or 2018 in Qatar. I discussed it with some FIDE people. We are doing some studies here, whether it is worth or not for us. Of course it would be worth for FIDE. Doha is very much capable to do any big chess event.

Maybe the only aim which is very clear is that I managed to include chess in the Olympic society. I’m the one, who introduced chess to the Olympic society and the Asian games. Because of the Asian Games every single Asian federation started to get sponsorship and money either from their Olympic committee or private sector and that was a very big move forward.

FIDE tried thousands of times and wasted millions of dollars but never achieved anything. Unfortunately they made so many mistakes … This is why I decided to leave FIDE. What ever we achieved in the Olympic society they overturned it actually. They agreed to participate in the Mind Games, they made decisions behind our back…It’s a waste of time.

That’s why I decided just to take the honorary position which means you have no obligations, no responsibilities. I can be more useful for my federation. We want to make one more favour for FIDE and organize an Olympiad. We want to show how Olympiad should be organized. 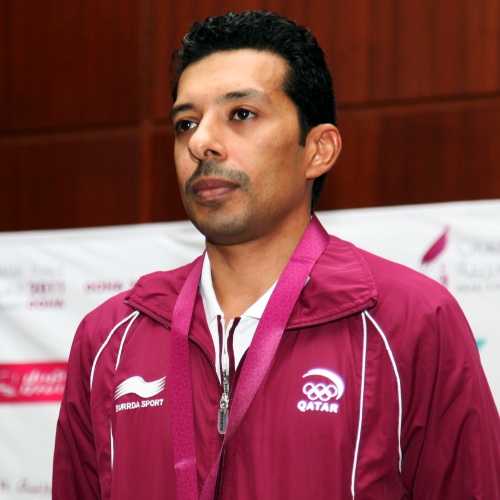 – What do you do to increase chess popularity in Qatar?

Khalifa Mohammed Al-Hitmi: Qatar chess is advanced in that. We have a program, we have a budget, we have a federation. On a yearly basis we hold the school chess tournaments. The only problem we face is that we don’t have enough chess coaches and trainers to do the business. On the other hand, a lot of children participate in the tournaments we organize.

Especially chess is very popular among girls. For one boy we have three, four girls. You should remember, we are still a very conservative country. Boys have plenty of opportunities to do any kind of sport here. At the same moment not every family will allow its daughter to do gymnastics or swimming for instance. So, the opportunities for girls are less. The girls love chess, they come to a chess club, they communicate, they participate in the competitions, etc.

– Is chess included into the school program in Qatar?

Khalifa Mohammed Al-Hitmi: Long time ago. Something like 12-13 years ago. Ministry of sport allowed chess as a sport subject. Schools in Doha demand chess activities to be established there. The problem is we cannot fulfill every demand. The Qatar chess federation has an amount of coaches who attend schools, they give lectures, they organize chess competitions, they explain what chess is all about, they examine them and children will finally have a grade as in any other sport.

By Kema Goryaeva and Anastasiya Karlovich