Chessdom: Hello Leny. Thank you very much for doing this interview. We just heard the news about your son Wesley becoming a full time professional. We interviewed his former coach, GM Susan Polgar. We would like to know your perspective.

Are you and your husband chess players?

Leny So: I am not a chess player but I can play a little. I find it interesting and mentally stimulating. It was my husband, a hobby chess player, who taught Wesley chess when he was about 6. But we, as parents, did everything we could to support and nurture him throughout his whole life to give him a chance to succeed. 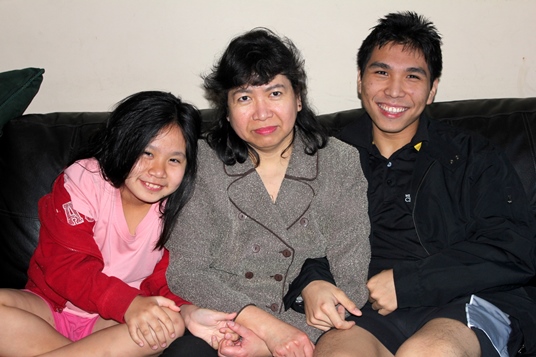 Leny So, Wesley So and his sister

Q: Did you recognize Wesley’s talent early on?

LS: Yes, we knew he has a special God given talent in chess. We bought him various toys, but it was the chess that caught his interest. He is a very bright boy. He had many early successes and became a very strong player in his early teens. But his talent was not fully realized until later because he did not get proper training and assistance in chess. He needed help.

Q: So what happened? How did the big jump happen?

LS: My husband met GM Susan Polgar and her husband when he accompanied Wesley to the SPICE Cup in the US some years ago. After talking to them at length various times during this event, he understood that Wesley can benefit greatly from their world class chess training system. Our son was still too young at that time to enter university. But we had this idea in mind. And some years later when the time was right, Wesley joined SPICE at Webster University. That was the best decision for him and his chess career.

Q: So what did they do to help Wesley?

LS: First of all, they took Wesley in and treated him like their own son. Secondly, they knew right away what Wesley needed to do to become an elite player. They knew how to help him improve in many areas, on and off the chess board. They also have a very structured chess training / learning system at Webster University. They created for him baby steps to reach one goal at a time such as to break 2700, 2725, 2750, then top 10, etc. Wesley needed to be in a disciplined, positive, and structured environment. He came in as a talented boy and after 2 years became an accomplished man. 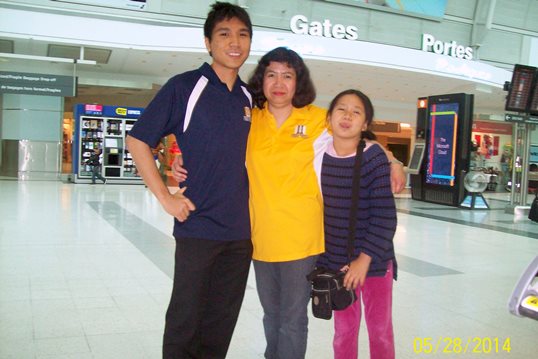 Q: So did you talk to Wesley about becoming a full time professional chess player?

LS: Yes, but only after he graduates from Webster University. We had hoped it did not mean that he would give up his education. No matter how good he is as a chess professional, it cannot replace education and a university degree. All of us encouraged him to stay in school. He still has so much to learn.

Unfortunately, there were poor advices given to Wesley which is not to our liking. I have a negative feeling as a mother that this is a very huge mistake on Wesley. It hurts me terribly.

Likewise, he has full plate, has to study and play chess, being distracted is not helpful.

Wesley is an adult and he has made his choice. Unfortunately, we could easily imagine better choices, or better ways for him to have expressed his choice or brought it about.

All we can do as parents is to re-express our hope that he will make well-thought-out choices in the future, and display regard for their effects. We also like to reiterate to him our constant message as parents– reassurance of our continued love and welcome for him, and a gentle reminder to keep his upright upbringing and display continued awareness, concern for, sense of gratitude and sensitivity to the welfare and feelings of other people. 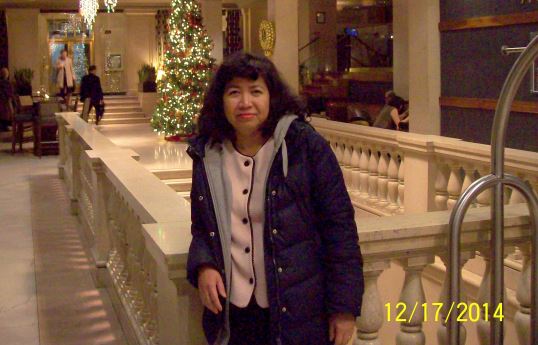 Q: What is next? What will you do?

LS: We love our son and we will support him any way we can.

We taught him to be a loyal, honest, caring, and loving person, and always remain humble no matter how good he is. We taught him the value of professionalism and strong integrity.

Q: I know that this is a difficult time for you and your family. Is there anything else you wish to say?

LS: So family is very grateful to Paul Truong and GM Susan Polgar for what they have done for Wesley and his development as a person, teaching him to be responsible and reaching top ten in the world. I also thank his friends, supporters, Webster University, Reginald Tee, NCFP and President Pichay, and many more. I hope Wesley will never forget what everyone had sacrificed to help him for so many years. We will remain strong as a family and support our son anyway we can.

Q: Once again, thank you for taking the time to do this interview.

LS: Thank you very much.