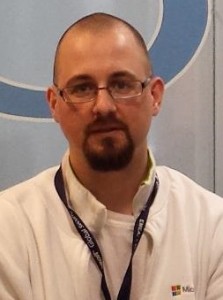 The strongest computer competition TCEC – Season 6 is close to its end. For a second consecutive year the TCEC Superfinal offers us a great battle between the strongest engines in the world Stockfish and Komodo. Stockfish is convincing leader and the fans are about to welcome the new TCEC Grand Champion.

Davorin Kuljasevic: Dear Mr. Thoresen, thank you for taking your time to answer some of our questions about TCEC. What exactly an organization of a chess engine competition entails? What are some of the specifics of TCEC?

Martin Thoresen: TCEC is based on the idea of long time control and high quality games. There are many computer chess engine rating lists out there, but few of them tell the truth with regards to strength or quality of an engine when you actually use it for analysis.

With TCEC you have powerful hardware and long time control meaning that you can more easily get a good picture of the strength and weaknesses of an engine.

To organize something like TCEC you would need a pretty good overview of the computer chess scene – I have been involved in computer chess in one way or another since 2006. Then you need to build a certain trust with the engine programmers over time and there is a lot of communication involved. Many TCEC fans are quite oblivious to this fact, but my guess is that this applies to human tournaments as well – I seldom read anything about the organizers of such events.

Davorin Kuljasevic: In the chess community, TCEC is known as the „unofficial computer world championship“. Is then there an official world computer championship and what is the distinction?

Martin Thoresen: Yes, you are right about the fact that some people refer to TCEC as the „unofficial computer would championship“. The organization ICGA is hosting the official world championship, but they have lost a lot of interest over the years – in particular because none of the strongest engines are participating there and they play very few games. I won’t go into details as to why, but let’s just say they have more strict rules for participating programs than TCEC has. I think there was a total of 6 engines in the last WCCC they arranged in Japan in 2013. Compared to the current Season of TCEC which started out with 32.

Davorin Kuljasevic: The first TCEC tournament began in 2010. Were there any chess engine tournaments previous to that? How did you decide to organize TCEC?

Martin Thoresen: I was a part of the CCRL rating list prior to starting TCEC. I ran a lot of test games for them, but it really didn’t interest me as much after a while – I was more interested in organizing tournaments and broadcasting it for others to watch as well. TCEC was a result of this and it has evolved over the years.

Davorin Kuljasevic: What do you think separates the men from the boys in chess engine world, in other words what makes the best chess engines stand out from the others? Is it better algorithms, more computing power, more frequent updates, or something entirely different?

Martin Thoresen: In recent years we have seen a very strong engine rise to the very top, and that is Stockfish. It is not commercial, meaning that anyone can use it for free. It has a public framework where anyone can donate computing power, and anyone can write code. I think it is hard for the other engine programmers, particularly those who work alone, to be able to compete with this. That is why I believe that commercial programs will have a very tough future ahead of them if they can’t step up their game.

Komodo is a good example of a solid commercial engine, it has a very good evaluation and is widely recognized as the strongest positional chess engine. As for computing power in TCEC, it is equal to all participating engines as long as they can utilize 16 CPU cores. Not all engines can use this many CPU cores, so those will have a disadvantage. But I like to include amateur engines in the event as well since there aren’t many other arenas where they can watch their program battle it out with the big boys.

Davorin Kuljasevic: How do chess engines (or their teams) communicate when a draw can be claimed or agreed? For example, most humans would agree to a draw in a R vs. R+P Phillidor position (6th rank rule) or even well before the wrong rook pawn bishop endgame is reached, but what triggers engines to offer or claim a draw?

Martin Thoresen: In TCEC all forms of adjudication are automated. There is of course the standard 50-move rule and the 3-fold repetition, but TCEC is using an additional draw rule that automatically adjudicates the game as a draw if the evaluation of the two playing engines is within 0.05 pawns for 5 consecutive moves. This can happen at move 40 or later. Not all engine programmers are watching TCEC at all times and since TCEC runs 24 hours per day, it would be almost impossible to allow them to tell me that their program would offer a draw.

Davorin Kuljasevic: Chess engines are, of course, immensely popular among chess players today. How would you assess the popularity of chess engine competitions, though? Are you satisfied or do you see any room for improvement in this area?

Martin Thoresen: Since TCEC has a partnership with Chessdom now, we are both looking at constantly increasing popularity. More and more fans watch the competition on a daily basis, and a real community has formed around the event.

But one can never be fully satisfied. Right now there is no prize money for the competing engines – that is something that I would like to see at some point. I think few people still realize that chess engines are indeed stronger than humans at this point and it can be very entertaining to watch high quality computer chess. I fully believe that there is a much larger audience that can be gathered from around the world.

Davorin Kuljasevic: Are there any famous games or entertaining moments from TCEC competitions that You could point out?

Martin Thoresen: A few moments come to mind, one in particular is a game from Season 5 where Houdini was totally oblivious to the danger of the position on the board. It played against Stockfish and at move 46 in a highly tactical position, Stockfish evaluated its own position at more than +7 pawns. Houdini was still hovering around 0 at that point, and the TCEC chat went crazy. You can find this game here:
It is pretty amazing in my opinion. Also, there is the “infamous” positional game from Season 1 where Houdini played 2 pawns down, at some point even 3, and won in a spectacular fashion against Rybka. The popular chess player by the nickname “kingscrusher” even made a video about that game. (You can see the video here.) And you can find it annotated by FM Dennis Monokroussos here:

Davorin Kuljasevic: And finally, we would like to hear your thoughts on the very common subject among chess players – What would Magnus Carlsen’s score be in a 10-game match against the best chess engine in the world?

Martin Thoresen: If Magnus was to play against any of the two finalists from the current on-going Superfinal of TCEC, I think he could manage a couple of draws at best. So my guess would be 9-1 in favor of the engines. Yes, the engines are pretty brutal against mortals. :)