“I am here for two reasons – one is to open the Continental Championship and the other is to sign a Memorandum of Understanding with the Governor of Buenos Aires province regarding the project Chess in Schools.”, Nigel Freeman said in conversation with Carlos Ilardo, Press Chief of the tournament, minutes before the start of the event with 200 players from 15 countries.

“FIDE President Kirsan Ilyumzhinov was unable to come here on a short notice, so he asked me to come in his place.” – Freeman added. 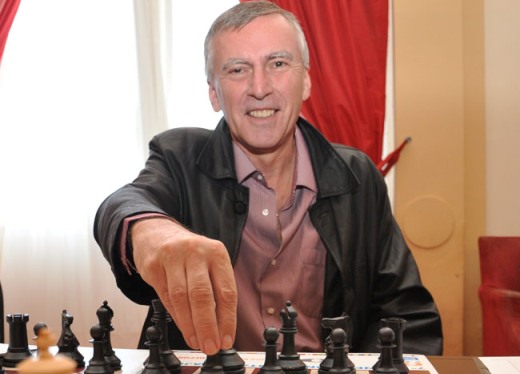 Carlos Ilardo: What are your impressions about the 7th Continental Championship?

Nigel Freeman: With 200 players and about 20 Grandmasters the tournament is set to be very strong, the playing hall is spacious and everything is looking great.

Carlos Ilardo: You are the FIDE Treasurer for abut six years already. What is the state of the finances of this organization?

Nigel Freeman: It would be much better if we would stop being sued by Mr.Kasparov (laughs), as those cases have lost us a lot of money. It’s still okay, we have funds, but obviously we lost 1,4 million in legal proceedings, in the cases that we won but we didn’t get the money.

We could have used those funds for chess rather than paying the lawyers.

Carlos Ilardo: Last night you had a meeting with Argentinian chess players. Can you tell us something about what was discussed?

Nigel Freeman: It was an interesting meeting where the Argentinian masters explained about their problems with the Argentina Chess Federation (FADA). We in FIDE are aware of the situation in Argentina. At the Chess Olympiad in Istanbul we saw the protests and t-shirts.

We are trying to help and bring all the interested parties to the table, to discuss the problems, but it is difficult to find the solution when the FADA is refusing to talk.