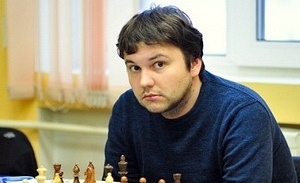 The reigning Champion of Russia told the correspondent of the Moscow Open official website about his start at the tournament and shared his plans for the rest of the year.

Q: Igor, tell us about your start at the Moscow Open, please.

A: The start was quite hard: I won one game playing with the white and finished two other games with draws. I played with black in both of them. There was neither a chance, nor even a possibility of a chance in both of them.

My opponents didn’t have high ranking, but despite this they were playing effectively and it was felt, both of them have been working with some experienced grandmasters. So this result is not a surprise.

Q: If I’m not mistaken, two of your opponents were quite young.

A: Yes, I played against a 16-year old opponent in the first round. Another young guy is Rail Makhmutov from Kazan. He played for the selected team of Kazan in the Championship of Russia and in European Cups already, so he has enough experience of playing with strong chess players.

I was playing a little bit risky in the opening against Rail, though, I hope I didn’t cross the permitted border. He was under pressure with the white, and at some point I had to play very carefully, so that not to make the situation worse.

Q: Last year was very successful for you. Have you already fixed a clear schedule for this year?

A: Yes, I’ve got a plan. In March after the Moscow Open I will go to Jurmala for the Petrov Memorial, then I will play in the Aeroflot Open, and after that I will go to the first round of the Chinese League.

In May we have the Russian Club Championship. In summer two Chinese rounds are planned. And the calendar is very tight in the second half of the year. There will be the European Cup, the World Chess Cup, the Superfinal, and another round of the Chinese League. To sum it up, there will be many tournaments.

Q: As for the conditions of the tournament, are you satisfied with everything?

Q: Igor, thank you and good luck in the Tournament!