“I won the Asian Junior title here, a few years ago, and received the award from Viswanathan Anand. Now I have won my first National Premier title here, Chennai has been giving me happy results,” said Mary Ann Gomes, after winning the Velammal 38th National Women Premier Chess Championship 2011 at Chennai.

Born 19th September, 1989 Mary has worked herself through long road to where she is now. An Olympiad silver medal, five Asian titles, a bronze medal from the World Youth and two bronze medals from Commonwealth Chess Championship sums up the consistency of performance from this Calcutta based star player. Mary Ann Gomes spoke immediately after winning her maiden Indian National Women Premier title.

Mary Ann Gomes: Of course, I feel amazing winning my first National Women Premier Championship. Its a completely different experience. I guess, when I think of it, I feel great joy. 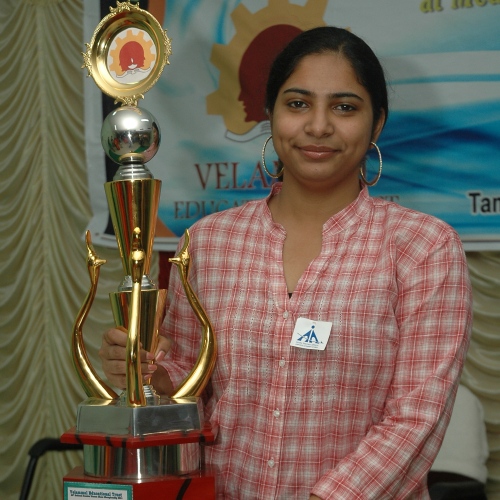 What next from here?

Mary Ann Gomes: I want to complete the International Master title and Elo 2400 immediately, preferably before the end of this year.

When was your previous national title, before to this one.

Mary Ann Gomes: In 2004 I won the National “B” Women Championship at Calicut.

Who would want to dedicate this title to?

Mary Ann Gomes: To my mother Mrs Freda Gomes, who has been suffering from cancer for nearly ten years now.

When was your first Olympiad representation for India.

Mary Ann Gomes: I was a member of Indian Olympiad team twice, in 2006 at Turin, Italy and in 2008 at Dresden, Germany.

About your Olympiad performance

Mary Ann Gomes: In Turin 2006 it went bad, but in Dresden 2008 I got the silver medal in the fifth board for India. 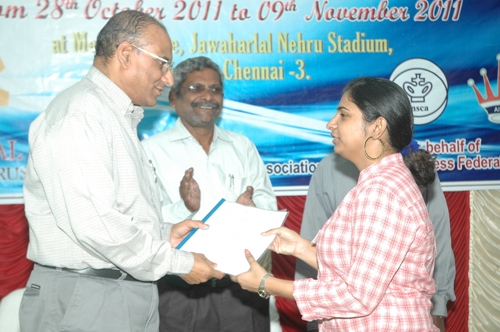 Your best performance so far

Mary Ann Gomes: In Czech Open 2010 where I made my second International Master Norm, I played 2400 plus opponents in all the rounds. Of course, winning the National Premier in Chennai gives me a different kind of joy.

Are you thinking about Grandmaster title

Mary Ann Gomes: I do wish to become a Grandmaster. I still have to work a lot more for that, and work single minded towards that goal.

About your support from Airport Authority of India

Mary Ann Gomes: It is a contract for three years, and it started from May 2011. I have been playing well after that starting with Spain, Mumbai Open and now the National title at Chennai. Their help is quite useful in taking me to where I want to reach.

About your chess future

Mary Ann Gomes: I need sponsors separately for coaching and for future plans. I am sure this result is bound to motivate me to perform better for India.

On the role of West Bengal Chess Association

Mary Ann Gomes: They are quite supportive.

Mary Ann Gomes: I would like to thank starting with Niladri Biswas, Bipin Shenoy, Paritosh Bhattacharya, to my practice partner Subroto Saraswathi and Dibyendu Barua Sir who were all helpful in my achievements. My special thanks to my present practice partner FM Sayantan Das.

On the support from All India Chess Federation

Mary Ann Gomes: I have greatly benefited from the AICF camps for the Olympiad. During 2008 Olympiad I attended two camps – by Grandmasters Lev Psakhis and Elizbar Ubilava – they were very useful. It was my best experience working with GMs. Thanks to two AICF camps, I played and won silver medal and then my Asian Junior title. They have always been there when I needed their support.

We wish you good luck for your future pursuits.

AICF KIIT Cup – Kiran Manisha holds Elizabeth Paehtz (Video)
The AICF KIIT Cup, the first of its kind in India, started here on 17th March at the Banquet of Hall of KIIT Campus, ...

Parsvnath International Open – Barbosa and Gomez maintain joint lead on a day of peace treaties
Most of the top board battles in the eighth round ended without decisive results and which helped overnight joint leaders Filipino Grandmasters Oliver Barbosa ...