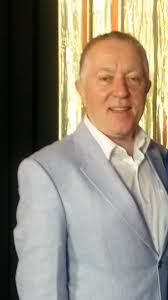 Why did you join Zurab Azmaiparashvili’s team, but not his ticket? (full ticket list)

I have big concern about ECU and current administration. Zurab convinced me to join his team and run together. He has secured already a good sponsorship for ECU and this was the decisive argument.

I got already the honors to be the FIDE Treasurer for 6 years, so it was not very important for me to be or not to be in the ticket. We are a team and Theodoros, Martin, Ion and Finn are the greatest people to fill the positions. If Zurab wins he will need a lot of experienced people to put our program on the right tracks.

Your team often says it has the upper hand when it comes to management. What are the main differences between the program of Azmaiparashvili and Danailov?

Well, first of all did you see any program of Silvio somewhere? It is easy to write I would like to do this or that, but how to do it if you have no resources?

Maybe the right question should have been, “What Mr. Danailov has done the last 4 years?” He is claiming that he worked hard, but what are his real achievements? He promised sponsors and budgeted 250,000 euro… but only 17,500 reached ECU account! He explains to all federations that ECU has already an ambitious working chess and chess school project, but so far I don’t know any federations which is working with such project

Simply look at the 2013 annual accounts you will see an amazing ZERO spending for such project! Today we have reached a point where 85% of the annual budget goes for salaries, travel, and other administrative tasks…On top you can add a ZERO for marketing expenses or income.

The program of our team is crystal clear. There is nothing inside which need unrealistic or false promises. Once you have contacts, resources, and the people who want to work then everything is so easy to accomplish! 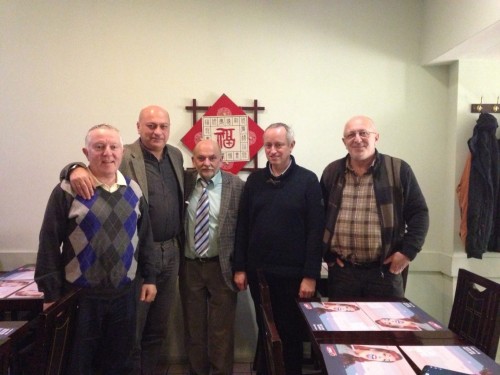 Still, details are needed. How will Mr. Azmaiparashvili make the situation better if he is elected?

To start he will present a sponsoring of 400,000 for the next 4 years, then he has offered to waive his stipend which will bring another 144,000 for 4 years, and we have concrete projects in our platform.

The current president is paid 36,000 per year plus 20,000 for personal expenses is this salary justifiable? Such amount was voted by the GA in 2007 when Boris Kutin was in charge of ECU. Boris was never tired to go anywhere to represent ECU. To attract votes in 2010 Silvio announced that he will renounce his salary, but the same day when he was elected he declared that the campaign cost him so much that he needed to cancel his offer! ECU has paid Mr. Danailov 224,000 eur but for what? Hardly you can see him in an opening or a closing ceremony of an European championship, relations between FIDE and ECU are at lowest level, some federations are ignored.

Did Danailov recognize the failure in the financial aspect of ECU?

Probably not, if yes then why he is running for another term? To illustrate that, I have to mentioned a courageous statement which came form his VP the Polish Tomacz Selicki who in Warsaw 2013 said, “Unfortunately, we have to realize that we failed in our mission to bring sponsors for ECU and to achieve our goals…”

How do you see you opponent’s ticket and team?

There are good people, however you should know that for the last 4 years board members had very little if no influence on the ECU PB decisions. Silvio and Vladimir Sakotic are deciding business between themselves. Today, the President has put 4 out of 9 board members on his black list, doesn’t speak with them, and even has cancelled the second board meeting of 2014. The reason was: ‘nothing urgent to be discussed’…can you imagine that?!

You mentioned Mr. Sakotic, of course you are aware of the troubles surrounding him?

Yes, like everyone. So far I still don’t understand what is his function and what he is doing in and for ECU… Three years ago I requested the copy of his contract since he is paid by ECU, but I never got anything. What is more, he is missing half of the Presidential Board meetings.

After all said in this interview, do you believe you have good chances to win the ECU elections?

I am not a fortune teller to give you numbers, we have another 1 month to wait for the decision. But I am VERY confident, we are working hard to make it. I can tell you that Zurab have visited already 40 federations and more has to come. I can tell you that people like his motivation and are tired of empty speeches. Federations don’t want to be left over anymore and want to get the right tools for education and development.. only something concrete, no promises anymore.

Silvio’s motto is : ‘I know’ but what exactly does he know? If you open his leaflet that he published in 2010 with a lot of ideas and promises you just realize now that not a single one became reality. Look at the numbers from the ECU accounts, they are speaking for themselves… ECU doesn’t belong to anyone but need more and much more than what people can see today! 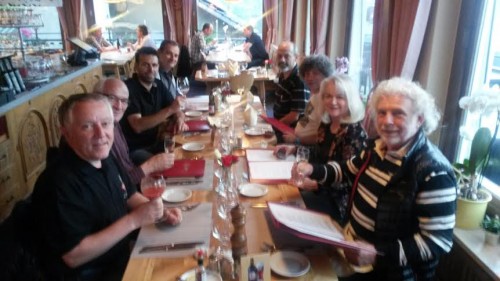 A month is left, let’s see how this develops. Aside from ECU elections, you are also involved with the Small European Nations Association?

Yes it is my baby! I am a co-founder of it with Geoffrey Borg in 2006. Thanks to Andorra, we have organized our first team tournament in 2009, now we have every year a regular team or individual championship.
The idea of Small Nations was to unite 10 federations from countries of less than 1,000,000 of inhabitants and similar strengths. The members are Andorra, Cyprus, Faroe, Jersey, Guernsey, Liechtenstein, Luxembourg, Malta, Monaco and San Marino. All of them are participating in individual and team championships. The fraternity between us is amazing and we love to meet each other once or twice a years. We have really established a great relationship between us.