On the same day the 2017 FIDE World Junior and Girls Under 20 chess championship started, I was designated as an arbiter and put in the sector of the DGT live boards.

While in the open section I was thrilled by the young Indian talent Praggnanandhaa raising to the first boards and by GM Tari Aryan keeping his nerve during the last decisive rounds, what I found both inspiring and interesting was the behavior that IM Zhansaya Abdumalik kept from start to finish that let her win clear first the Girl section without leaving board 1.

Even though I saw her and her cool hairstyles during meals in the hotel we shared, I didn’t want to spoil the tournament she was taking incredibly seriously. In fact she spent most of her time preparing for her games in the hotel, occasionally going out for a walk. 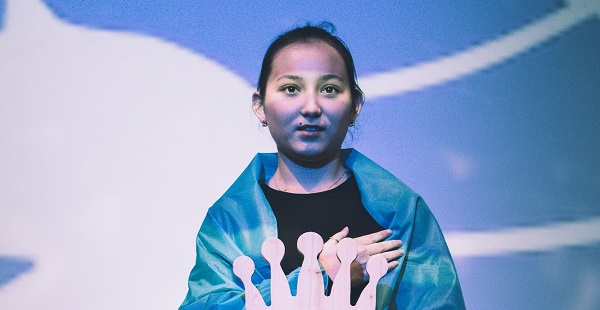 After the closing ceremony, where she proudly had the Kazakh flag on her, I walked up to her at dinner and asked if I could film her doing her hair and ask a few question.

At first she laughed because she thought I was joking, but then she kindly agreed. The only problem was she had to leave in a couple of hours and had other interviews scheduled, so I finished my dinner very quickly, took all my gear and went to the hall to set everything up.

The result is an unusual interview where I quote High School Musical at a certain point, we both laugh a lot and, more importantly, you have an often undervalued insight on what a chess player looks like when she lays down her arms.

As it happens to anyone at the end of a new and terrific experience, it’s hard for me to explain how lucky I feel: during these two weeks I met so many players and arbiters from all around the world. Being an amateur chess player myself, it’s like you met your favourite movie stars or football players.

That’s what chess means, after all: we are one people.

A huge thanks to Vladimir Potkin and Zhansaya Abdumalik for the wonderful interviews and I wish them a lifetime of glorious chess results. 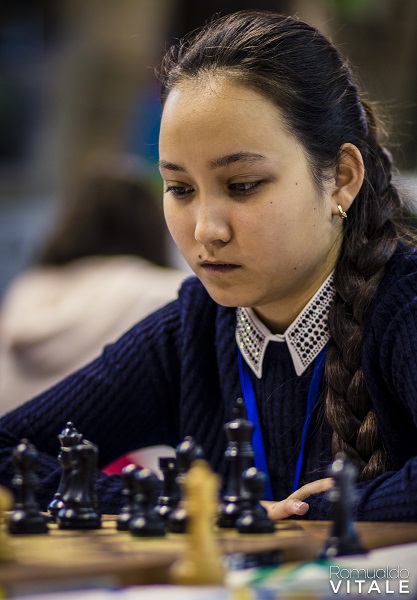