Teams of Israel in Open section and Ukraine in Girl’s section are the winners of the European Youth Team U18 Chess Championship 2016, which was held in Celje, Slovenia. Both teams dominated the competition and well deserved triumphed.

In the Open event Israel defeated Austria in the final decisive round and won with 13 match points. Second place went to the first seed Hungary with 11 match points, while Ukraine came third with 9 match points. 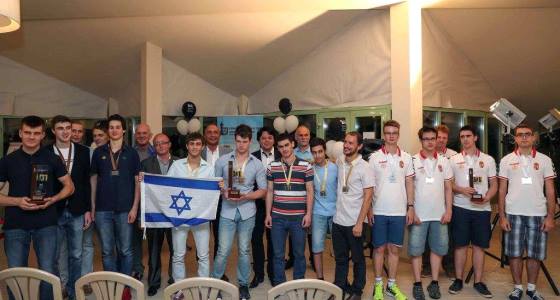 In Girl’s section Ukraine surprisingly lost their last match against Slovenia A, but nevertheless, thanks to the previous advantage, triumphed with 11 match points.

Two Polish teams grabbed the medals in Girl’s section – Poland A came second with 10 match points, and Poland B third with 9 match points.

The Championship was organized by the Slovenian Chess Federation, under the auspices of the European Chess Union, and it took place from 9th to 17th July. 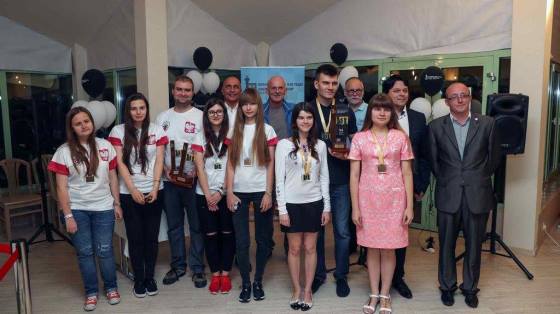 The event was played according to the Swiss system in 7 rounds, with boys and girls playing separately in Open and Girl’s section. The time control of the Championship is 90 min for 40 moves + 30 min for the rest of the game + 30 seconds increment for every move played starting from the first move.

During the competition, the European Chess Union was represented by Mr. Petr Pisk, the ECU Tournament Director and Mr. Adrian Mikhalchishin, member of the ECU Board. Mr. Pisk awarded the winners at the closing ceremony.