The Italian Chess Championship 2012 will be played at NH Hotel Ambasciatori (corso Vittorio Emanuele 104) in Torino from October 30th to November 10th. This is the first time that Torino is hosting this prestigious event. Twelve players will compete in the round robin tournament.

There are 4 Grandmasters in the field: Sabino Brunello, Alberto David, Carlos Garcia-Palermo and Michele Godena. Sabino Brunello, 23-years old, is the number two in the national elo list (1.10.2012) and the top seed in the Championship. 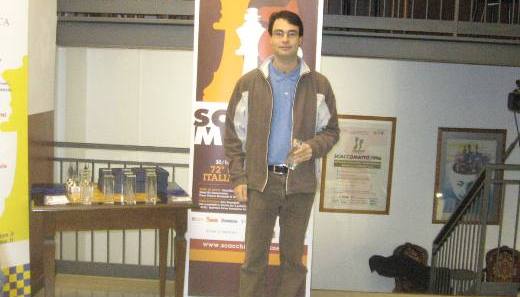 Alberto David, who was born in Milano but moved to Luxembourg with the family when he was 10-years old, returned to Italy and to the Italian Chess Federation and is now number 3 in the national elo list (1.10.2012), only one point behind Brunello.

Carlos Garcia-Palermo (58) is the oldest player; everybody remembers that he defeated Bobby Fischer in a simultaneous exhibition in 1970. Michele Godena (45) is the five-time Italian champion, winning his first title 20 years ago in Reggio Emilia 1992/93. 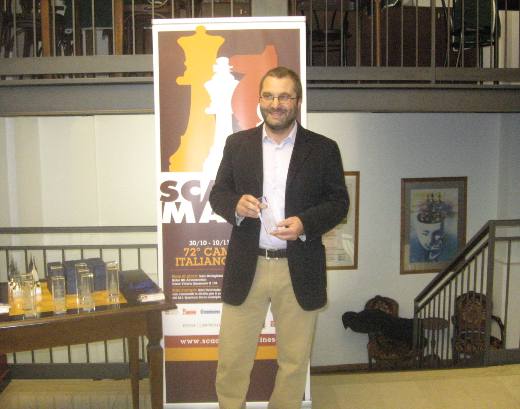 There are 6 International Masters in the competition: Fabio Bellini (43, Italian champion in 1999), Daniele Genocchio (31), Daniyyl Dvirnyy (22, last year he was second behind Caruana), Guido Caprio (only 18) and the two brothers Rombaldoni, Denis (23) and Axel (20, he already got two GM norms).

The field is completed with the two young players, both 17 and both Fide Masters: Simone De Filomeno and Nicola Altini.

The arbiters are IA Marco Santandrea from Milano and FA Roberto Ricca from Torino. 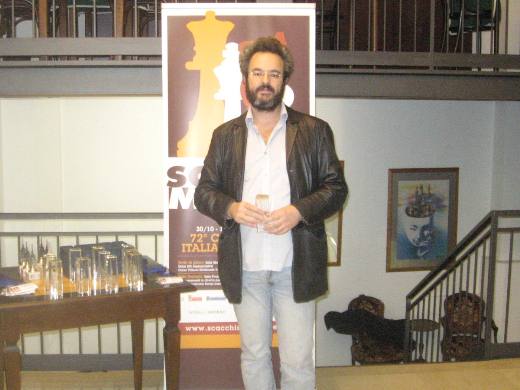