697 young players from all over Italy came to the Geovillage Sport and Resort in Sardinia to participate to one of the biggest editions ever. 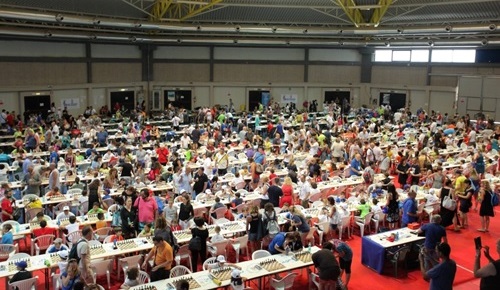 Along with the regular competitons, the organization of Accademia Internazionale di Scacchi provided interesting amusements for the participants and their families, which were almost 2,500 people enjoying the event, including blitz events, a mega simultaneous exhibition, FIDE Trainer Seminar and a special camp for the U8 kids!

The opening ceremony with more than 1,500 people crowding the center of Olbia was applauded as one of the most awesome in comparison with the previous 28 editions. 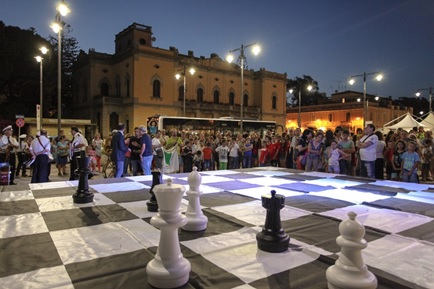 And just after a tiring round the black and white pool party helped children relax and have fun.

The after round events are something that is very important to the CEOs of Accademia Internazionale di Scacchi, who believe that players and parents do need as many ways as possible to enjoy tournaments, especially this kind of events which are for many participants their first time in an official competition.

Promoting chess was also possible with the help of the ladies taking part in the “Rumbo a la Gran Maestria” project, who were available to play a mega simultaneous exhibition with more than 100 people. 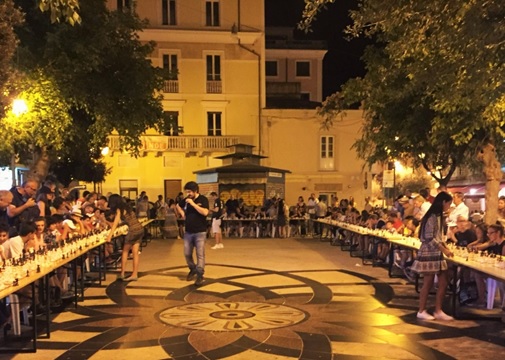 The 9-round tournament was also a qualification for representing Italy in the World and European Youth Championships. Starting from this experience the young players had the chance to live and breathe the air of a real big tournament with professional players analyzing their games after every round and learning how to approach to a competition with the right attitude.