One of the top GMs from Spain took first place at the Spanish College Championship 2013 which took place on 17th-19th April at the Universidad de Extremadura in Badajoz, Spain.

GM Ivan Salgado had an undefeated performance to get 7.5/9 points. Even though he was the clear rating favorite, he managed to get a positive Elo FIDE change for the next list.

IM Manuel Peña, who represented the UNED as well, obtained the same amount of points as his higher-rated colleague but fell short on the tiebreak score.

The UNED took clear first place at the collective competition. 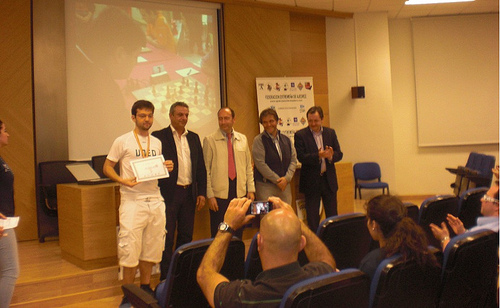 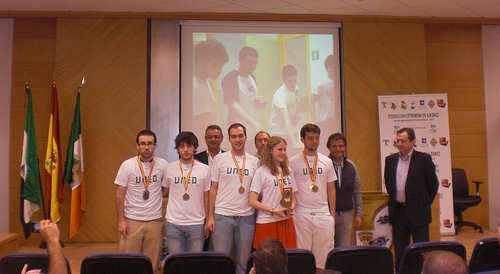 The UNED team got first place