Vassily Ivanchuk from Ukraine is the winner of the ACP Masters rapid super tournament that ended on Thursday in the Israeli city of Ashdod. The Ukraine No.1 beat Frenchman Etienne Bacrot in the final match 2.5: 0.5 to take home the title and the 10.000 $ first prize.

The match, initially set for 4 games, ended already after game 3 following a vigorous start 2:0 and a comfortable draw. The first game saw a quiet line in the Spanish where after multiple piece exchanges Bacrot, as black, found himself with 2 pawns down in a hopeless rook ending. The second game saw a sharp line in the Grűnfeld Defence with roughly equal chances when Bacrot, as white, sent his queen to a dubious pawn hunt on the queenside which allowed Ivanchuk the time for a strong counter attack in the centre. In an attempt to stop Black’s strong initiative white managed to exchange q however the resulting ending was still better for Ivanchuk owing to an unpleasant pin along the “d”file. The Ukrainian converted his edge to lead 2:0 and needed just a draw out of the remaining two games. As a matter of fact he obtained a winning position also in the third game but settled for a draw to secure his convincing overall victory. The highest rated participant Ivanchuk was a natural favourite yet he achieved the goal without losing a single game.

All games may be seen here: http://www.acpmasters.com/pgn/

At the prize giving incoming chairman of the Israeli chess federation Danny Porath praised the participants for demonstrating great fighting spirit and sportsmanship and thanked the town hall of Ashdod for its continuous and massive support. Emil Sutovsky brought the greetings of the ACP and awarded the tournament winner with a big trophy. Vassily Ivanchuk, in a short victor’s speech praised the pleasant hospitality and the friendly atmosphere that with a little bit of luck were instrumental for his success.

Enjoy the photo report below, kindly provided by Moshe Slav. 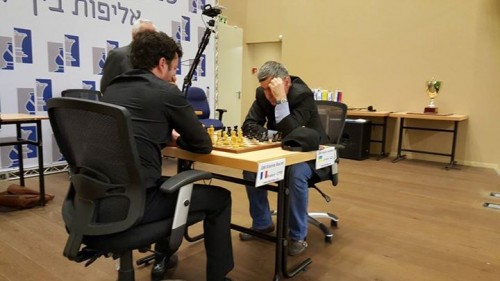 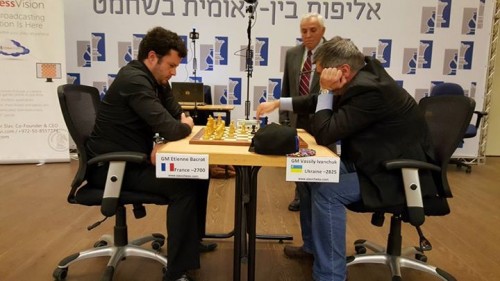 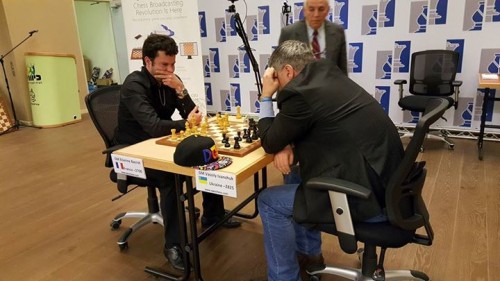 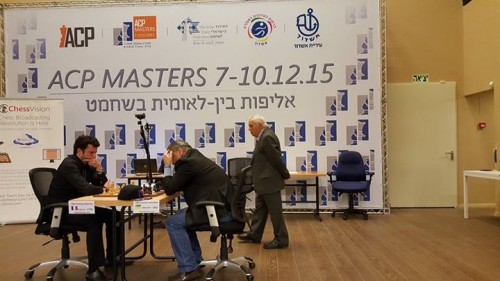