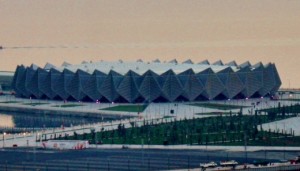 Ukraine will compete in the 42nd Chess Olympiad in Baku without Vassily Ivanchuk, the long time national team leader.

Ivanchuk debuted for the USSR in 1988 in Thessaloniki where he was the 2nd reserve. Already in 1990 in Novi Sad he played the top board for USSR. Both times the team won the gold medal.

Since 1992 Ivanchuk was leading Ukraine, winning two team gold medals and one individual gold. He has played in 14 consecutive Olympiads before quitting the team due to “lack of motivation”, as the captain said.

Boris Gelfand is also skipping the Olympiad, as well as Israeli GMs Ilya Smirin and Emil Sutovsky, due to the conflict with national federation.

Gelfand’s debut was for the USSR in Novi Sad, where he played 2nd board and won team gold. In 1994 and 1996 he played for Belarus, before moving to Israel and representing the country throughout 2000-2014.

With Gelfand at helm Israel won one silver and one bronze medal.

In Iceland the chess fans are pleased that Jóhann Hjartarson is returning to the national team after a 10-years’ hiatus.

Hjartarson regularly played in Olympiads between 1980-1996, then made a long break appearing only once in Turin 2006. Hjartarson is now the reigning champion of Iceland.