Uzbekistan’s Jahongir Vakhidov continued his dream run with successive wins on the second day of competition at the DYTM Raja Dr. Nazrin Shah Invitational Masters to remain perfect and the sole leader after four rounds of play. 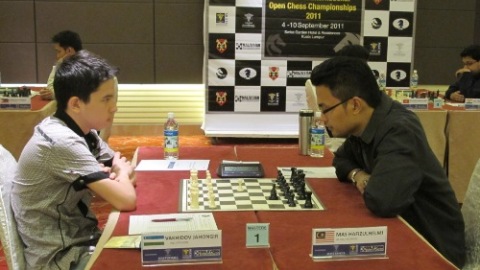 So the young Uzbekistan player remains the tournament leader but top seeded Filipino International Master Oliver Barbosa just half a point behind with 3.5 points after beating Singaporean Grandmaster Wong Meng Kong in the fourth round after a short draw taken in the third with Grandmaster Tahir Vakhidov. 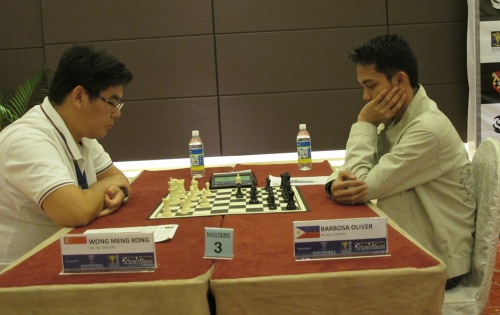 Following is the only other unbeaten player, Grandmaster Tahir Vakhidov who has won one and drawn three of his four games and the Indian International Master Arghyadip Das, who joins him on 2.5/4 and so remains very much in contention for the Grandmaster norm.

Vietnamese Grandmaster Nguyen Anh Dung and Singaporean Grandmaster Wong Meng Kong are clearly out of form as is Malaysian International Master Mas Hafizulhelmi as they remain rooted at the bottom of the table on just half a point.

Video by Vijay Kumar presents round 3 and round 4 highlights as well as numerous interviews, including with the leaders Jahongir Vakhidov and Oliver Barbosa.