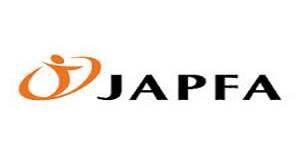 The 3rd JAPFA ASEAN Chess Championships will be held from 21-30 December 2015 in Jakarta, Indonesia.

It has been four years since the championship has been held and is very timely indeed with the ambitious plans of the ASEAN Chess Confederation to refocus on helping the region’s best young players build on their success at the ASEAN+ Age-Group Chess Championships.

JAPFA has long sponsored an annual chess festival for Indonesian players to showcase their talent and is taking a step up to do the same for the region.

Grandmaster Utut Adianto, an elected Senator, is also both the Deputy President of ACC (ASEAN Chess Confederation) and of PERCASI (All Indonesia Chess Federation), and the driving force behind the revival of the championship and who has also pledged Indonesia’s support for the new ASEAN Young Masters Cup – the brainchild of ACC founder Ignatius Leong – which is expected to give international title norm opportunities for even younger talents.

See attached prospectus (PDF) with the rules and regulations and the entry form.

Asian Zonal 3.2 Championship 2015
The Chess Federation of Nepal, on behalf of the Zonal President, has the honor to invite all National Chess Federations of Zone 3.2 affiliated ...

Icelandic Open Championship 2013
The Icelandic Chess Championship was held for the first time in 1913. For the 100th anniversary, the tournament will be in a completely different ...