Jennitha competed in a combined group with men and became the highest scorer among the women players and was awarded the IPCA (International Physically Disabled Chess Association) Women’s Chess Title. The title came along with the Woman International Master title.

Jennitha had been coached by IM Raja Ravi Sekhar in the past. Following an accident to her father Kanickai Irudayaraj in 2012, the family became immobilised and her father turned into a coach using chess books as study material. 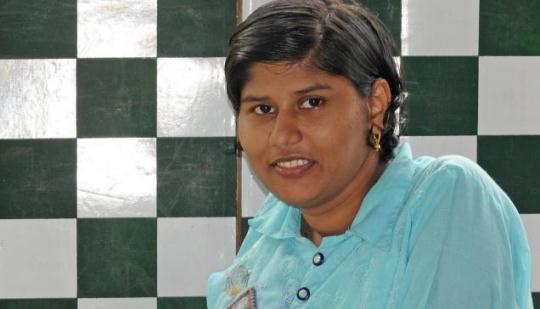 The new WIM title would allow her direct entry to many of the National events for women except the premier. A strong player, Jennitha is poised to attract more attention as she is the World Women’s IPCA champion.

In the overall standings, IM Igor Yarmonov from Ukraine won the gold medal with 7,5/9 points and better tie-breaks. IM Andrei Obodchuk is silver with 7,5 points, while Alexander Balberov won the bronze with 6,5 points.