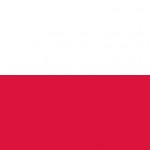 The 2018 Budimex Polish Women’s Championship was a 10-player single round-robin taking place in the Trading Room of the Warsaw Stock Exchange from 12-20 May. The top prize was the same as for the open – 20,000 PLN (about $5,500), with the top two qualifying for the Polish team.
The tournament was very competitive and before the last round 4 players had 5,5 points out of 8.
Two of these players met, IM Karina Szczepkowska lost to WIM Anna Warakomska. GM Monica Socko only drew her game and missed out the top.
Finally WGM Jolanta Zawadzka won her game and that meant a tie-break should have been played between her and Anna Warakomska.
Zavadska won the first game and drew the second. This is her 4th Polish Women’s Championship.
Second is Anna Warakomska and third Monica Socko with 6 points.