The three-time British Champion, GM Jonathan Rowson, steps up to play in the biggest tournament of his career after being given the wild card spot into ‘The Super Sixteen’ Grandmaster Rapid at the London Chess Classic, that runs 7-15 December at the Kensington Olympia.

Two spots remain to be filled for the Super Sixteen, and two players will win their way there from the FIDE Open at the Classic.

It was hoped that the new World Champion, Magnus Carlsen would play in the London Chess Classic, which was the primary reason the wild card spot was devised this year for the tournament. However, due to a heavy workload, and the need for rest after his recent title match in Chennai with Vishy Anand, Carlsen, regretfully, had to decline the spot.

But an elated Rowson immediately accepted his invitation, tweeting : “Hugely grateful, very excited and suitably nervous to be ‘the wild card’ at the London Chess Classic. Inspired by Magnus, I’m going to prepare some endgames.” 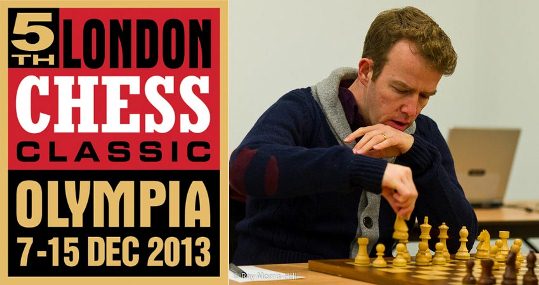 Rowson, 36, who originally comes from Aberdeen, is the Scottish number one and was his country’s third grandmaster. In 2004-6, he won the British title – the first Scot in 58 years to do so – in three consecutive years. He also won the 2000 Canadian Open Championship and tied for first place in the Hastings International Chess Congress in 2003/04.

Outside of chess, Jonathan has degrees spanning a range of social science disciplines from Oxford and Harvard, that led to his Doctoral research. He is also Director of The Social Brain Project at the RSA (Royal Society for the encouragement of Arts, Manufactures and Commerce), and member of DCLG (Department for Communities and Local Government) Behavioural Science Network.

He also writes a weekly chess column for the Herald newspaper in Scotland, and has authored three critically acclaimed books on chess for Gambit Publications: Understanding the Grunfeld, The Seven Deadly Chess Sins, and Chess for Zebras. 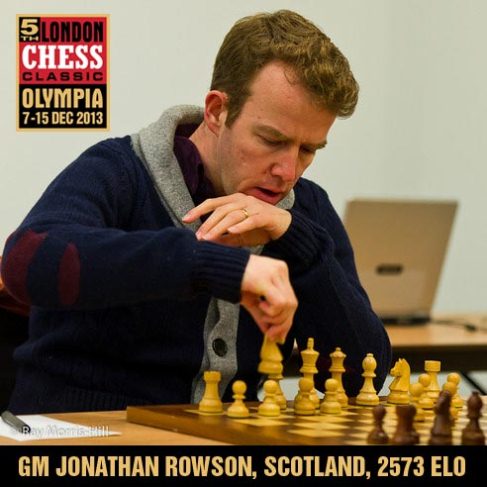 Wesley So wins London Classic & Grand Chess Tour
The tournament leader utilized the same strategy he employed during the Sinquefield Cup by drawing his last three games and putting the pressure on ...

Wang Hao wins 2015 Al Ain Classic with round to spare
GM Wang Hao of China hurdled the challenge from GM Abhijeet Gupta of India in the penultimate round to win the championship with one ...

London Chess Classic Day 3 round-up
After yesterday’s five draws, it looked like there could be up to four decisive results in today’s 3rd round, but many missed opportunities meant ...