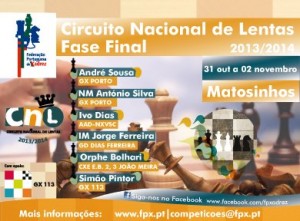 Six players qualified for the Final Stage of the 2013/2014 Portugal Classical Chess Circuit after seven exciting tournaments, consisting of more than 360 players, who participated on the behalf of 62 domestic chess clubs .

Three of the players are juniors (U14, U16 and U20), which is an excellent proof of the Portuguese youth potential.

The competition was tense and the final outcome was unclear until the very end. The leaders Jorge Ferreira and André Sousa faced each other in the last round, but an equal game split the first place in-between them with 3/5 points. However, Jorge Ferreira prevailed on a better tie-break score and lifted the trophy.

Third place was also shared, but in a three-way tie by Simão Pintor, Ivo Dias and António Silva on 2.5/5 points each, while Orphe Bolhari remained sixth on 1.5 points. You can replay the games with analysis below. 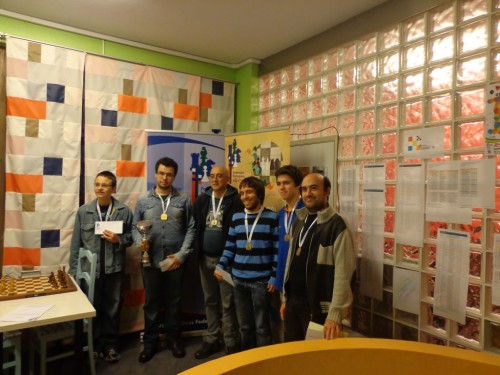 All the players at the prize ceremony 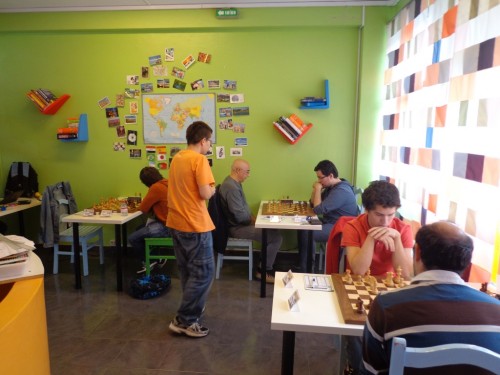