The 22-years old, seeded only 25th before the start of the event, completed the race undefeated with 7 wins and 8 draws. The key game was his victory against Wang Hao in the penultimate round which lifted him above the competition. With top seven games of the final round being drawn, the standings did not change and Dubov was set to celebrate a huge success. 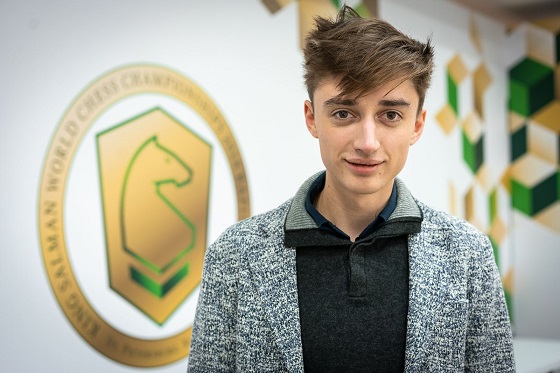 The reigning World Classical Champion Magnus Carlsen, who actually clinched the last two Classical titles in rapid tie-break games, was unable to secure the podium in the King Salman World Rapid Championship, just like in the previous event in Riyadh. Carlsen paid the heavy price to the shocking losses in the first two rounds, which also ruined his additional criteria in the tie. Carlsen lost 34 elo points, but he can still improve the impression if he does well in the upcoming King Salman World Blitz Championship, where he will defend the title.

The best placed Arab player is GM Salem A.R.Saleh with 9/15 points. Saleh was actually in superb shape, having defeated Ian Nepomniachtchi in the 13th round to share the 3rd place, but the losses in the last two rounds deprived him of better finish.

Ju Wenjun’s gold medal in the Women’s Rapid Championship was never in doubt as she assumed the lead from the very start of the event and cruised to convincing victory with 10/12 points, leaving the nearest followers a full point behind.

This is her second title in the King Salman Women’s World Rapid Championship as she had also won the previous event in Riyadh, Saudi Arabia.

Being also the reigning World Classical Champion, the Chinese has the chance to unite the titles in all three formats if she wins the King Salman Women’s World Blitz Championship. 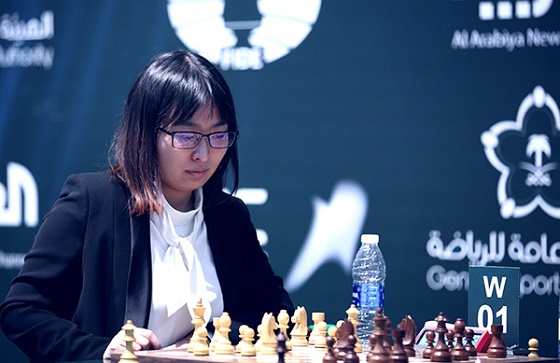 Khademalsharieh suffered a setback in the second round by losing to the talented Bibisara Assaubayeva, but a great start of the final day of the Championship, when she defeated former World Champions Antoaneta Stefanova and Mariya Muzychuk, secured a strong finish.

Goryachkina was close to the top throughout the competition, however a loss to the eventual winner Ju Wenjun in the 10th round meant that she had to go all-in in the final two rounds. Goryachkina succeeded and with two wins finally captured the medal.