The 57th International Belgrade Book Fair is being held between October 21 and October 28, 2012, under the official slogan “From A to Z”, and hosts 478 publishers from the country and abroad.

This year’s Guest of Honor Country is Hungary, known for its strong and diverse literary and publishing tradition. This is an ideal opportunity for the neighboring country to present their writers, translators, publishers, distributors, and other representatives of Hungarian literary and culture.

With support from OTP Banka Srbija a.d., member of the OTP Bank Group based in Hungary, the famous Hungarian chess-player and strongest female player of all time – Judit Polgar – will be one of the featured authors on the Hungarian stand.

Judit Polgar will present her books for children “Chessplayground 1 and 2”, which will soon be published in Serbian language. She will also host a simultaneous chess exhibition on 25 boards in Hotel Metropol Palace. 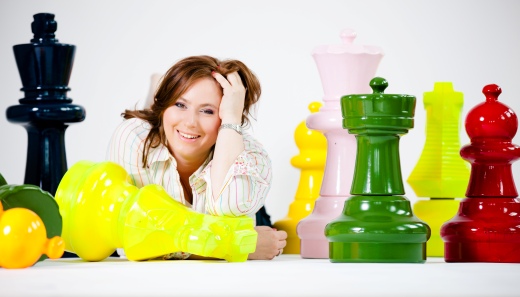 Last month she presented another book, the English edition of “How I beat Fischer’s record”.

Judit’s nine-year old pupil and the European champion Alex Krstulović will demonstrate his chess skills to the visitors of the Book Fair.

Q: Your father successfully implemented the program of chess improvement on his daughters. Do you intend to do something similar with your children. If not, why is that so?

A: My children will go on a different road. Me and my husband are not as dedicated or fanatic about the belief that one child has to focus on one specific area. We have our own profession which we actively practice.

We consider as the most important for the kids for them to be open and tolerant persons, by traveling to know the world, to speak languages and to show them examples what are the important values in life.

A: Challenges always motivated me, I am the leading woman player for 24 years, so I did not think that I would need to compete in the championship cycle. I reached so many successes that I did not miss this reward.

Q: Are your sisters Susan and Sofia still active in chess, and to what extent?

A: After Susan became world champion in 1996 she played only in few occasions. She promotes chess in the United Stated ever since. She is achieving big successes in the University Chess life in the States.

Sofia is not active anymore either. She finished graphic design and is actively helping and supporting me in the educational program I am working on to implement chess in schools. She also joined me to help in writing the Chessplayground which is going to be published in Serbian language in few weeks.

She is very bright and she is the best person to work with, I have a very close relationship with her! 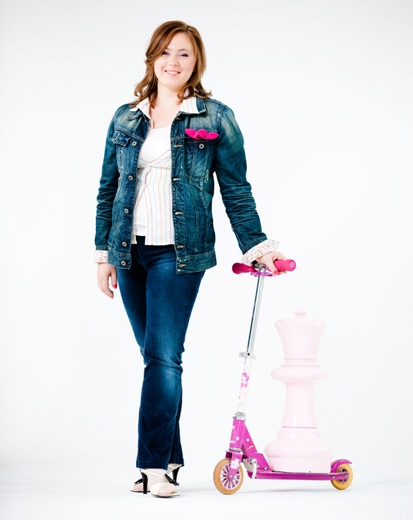 Q: Serbian Minister of Youth and Sport, and one of your hosts, is the best chess player from this region, Alisa Maric. How well do you know her, what is your opinion on her and are you looking forward to meet her?

A: I am very happy that a great chess player is fulfilling this post of being a Minister of Sports. I think chess gives such qualities that she should be able to make good and promising decisions. Actually I never played with Alisa, because she was mostly competing with woman, also many times against my sister Susan.

Q: What does chess mean to you?

A: I play chess for 30 years already :) so I had enough time to have many different feelings towards chess.

When I started it was a GAME, and soon ART, then little SCIENCE, of course very soon it became a SPORT, and this was the most active part in my life.

In the last two years it is about how CHESS can be useful in EDUCATION. Chess is a very rich board game, how coulourful it is I show it also as I am organising a CHESS DAY for the 6th time in Budapest on November 17th. Please see some material about last year: http://www.youtube.com/watch?v=W1426ooFW_M

Q: You recently performed at the chess Olympics in Istanbul, for Hungary. Many years ago, your country, along with USSR and Yugoslavia, was a world super power. What has changed in modern chess?

A: By now in the Chess Olympiad there are a lot of extremely strong countries competing, for example Armenia, Azerbaijan, Ukraine, Russia, USA etc.

As in the last decade technology is taking big part in preparation, having databases of 10 million games and analysing engines, chess has changed a lot from professional point of view. The sport component is much more prominent than before.

Q: When is the best time for the young people to become involved in chess, and what is potentially the greatest benefit of it?

A: I have a foundation called “Judit Polgar for Educational Benefits”. I do believe that chess is very useful for kids, as chess can give a complexity in thinking. It helps in logical thinking, respect to the opponent, teaches kids to accept losing and winning, respect the rules, they learn planing, they learn that every move on and off the chess board has consequences and responsibility, tactical and strategic thinking.

After all chess is like a foreign language, wherever you go you always find people who can play chess. It is a game which you can enjoy and play with friends, parents,grandparents, when you are a kid or when you are 70 of age.

Q: Does chess have future in the computer era?

A: Yes, but as everything else nowadays, we will have to modernise chess and make it interesting and entertaining with commentators for the public.

Q: What is necessary for chess in order to become more popular?

A: Professional attitude from the players, organisers, journalists, financial support and respect.

Q: You wrote the book “Chessplayground”, which will be presented at the Belgrade Book Fair. What is it about, please tell us more of it.

A: I wrote “Chessplayground 1 and 2”. The first part is about making kids to get to know what are the chess board and the pieces, from the very basics, with drawings by my sister Sofia and the rhythm in every page is to make the learning more fun.

Chessplayground 2 is already for those who like to solve mate in one-move puzzles. I would recommend the books to be used as work-books. It can give opportunity to parents and grandparents to spend valuable time together with the kid!