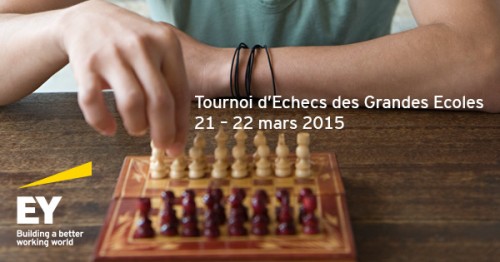 The 22nd edition of EY School Chess Tournament will be organized by EY on 21-22nd March, 2015, in the Tour First, one of the La Defense skyscrapers in the French capital Paris.

The prestigious event will be closed by a simultaneous exhibition delivered by the greatest female chess player ever, Judit Polgar. Although she announced her retirement from professional chess during the 2014 Tromso Olympiad, she still actively promotes chess through various event and exhibitions.

The tournament will be a 7-round Swiss team event with tempo of play 20′. Every team consists of 4 players who are supposed to present a valid student card from the represented school. It’s possible to register up to 2 teams per school.

The students from the best teams will be able to play in the simultaneous exhibition delivered by Judit Polgar, which will be broadcast on a giant screen with live commentary.