Peruvian GM Julio Granda won the American Continental Championship for second year in a row. He won his last round game to finish clear first at the event that took place on 6th – 15th May in Cochabamba, Bolivia.

Granda obtained 9.5 out of 11 points and finished a whole point ahead of his nearest follower, Cuban GM Isán Ortiz, who achieved 8.5 points. With 8 points, Argentine GM Diego Flores took clear third place. The big surprise of the event was given by the young Peruvian siblings GM Jorge Cori and WGM Daysi Cori, as they both got important victories in the last round to qualify to the upcoming World Cup. 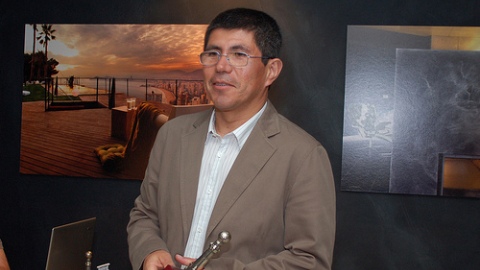 The final round was filled with suspense, given that the players were fighting to get one of the four qualifying spots. Given that Granda already qualified last year with his first place in Mar del Plata, the biggest struggle was seen on boards.

Two main favorites, Cuban Lázaro Bruzón and Venezuelan Eduardo Iturrizaga, faced the young Peruvian siblings, Jorge and Deysi Cori. The strong Caribbean GMs knew that a win would get them in the desired spots, so they pushed hard to get it. Evidently, the Coris were more relaxed and handled the situation correctly; this attitude helped them get historic victories for their chess careers.

It is worth mentioning the fact that Argentine champion Diego Flores got a revenge from the last edition, when he was left out of the World Cup on tiebreaks.