This chess night was devoted to the Kaissa Award, aimed at popularizing and developing chess, taking place on December 17 in the Central House of Literature.

The tradition of the CHL hosting chess nights was renewed after a long break in April of this year thanks to the charity Our Heritage Fund, with special thanks to Vladimir Palikhata, businessman and president of the Moscow Chess Federation, and Victoria Korol, president of the fund.

The Award was granted to 16 individuals. The splendid glass statues of the chess goddess Kaissa were given not only to famous chess players, but also to politicians, businessmen and journalists who ensured chess has a place of honor in the life of the Russian capital.

“The Central House of Literature has a long history, a part of which is the tradition of regular chess nights. Last time we opened the intellectual game hall, which is now in use. Our Kaissa Award is a sign of gratitude to people who have made substantial contributions for chess, for its development and popularization “, – said Vladimir Palikhata in his opening address.

“Chess development is an integral part of our fund’s efforts which we accomplish jointly with the Moscow Chess federation and the Russian and international chess federations. This evening is devoted to the first Kaissa Award ceremony for contribution to the development of this wise game in our capital. This ceremony will be annual and we hope the most prestigious in the world of chess.” said Victoria Korol, president of the Our Heritage Fund. 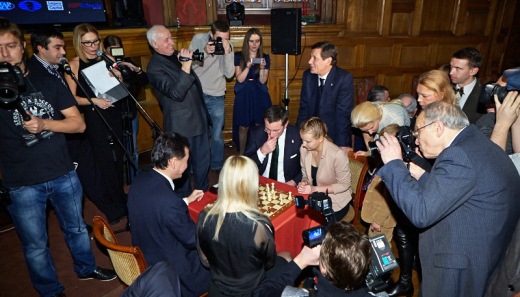 A special guest of the event was the new Women’s Chess Champion Anna Ushenina. She also was presented a Kaissa for Brightest Foreign Chess Player. The statue was handed to the champion by none other than the former USSR president, Mikhail Sergeyevich Gorbachev. “It’s really nice winning an award like this,” said Ushenina. “I would like to thank all those who are selflessly and faithfully supporting the development of chess in Moscow and throughout Russia. It’s just fantastic. It was thanks to the Russian school of chess that there was a nudge of development for the whole chess world. And it’s doubly nice that it is under continued support and development at the governmental level.”

In the course of the evening Anna played two “pair versus pair” games against the Russian Valentina Gunina, European champion. In the first game Ushenina’s partner was Vladimir Palikhata, with Alexander Zhukov playing for Valentina. For the second game, Palikhata joined Gunina against Ushenina and Kirsan Ilyumzhinov, President of FIDE. The moves were split between the teammates by turns, played in blitz format. The first game ended in a win for Gunina-Zhukov, the second was drawn.

Also of interest was a collection of chess and other cultural rarities open for viewing in the Our Heritage Gallery. 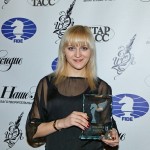 Women’s World Champion Anna Ushenina is heading towards another title, this time the WWTC with Ukraine 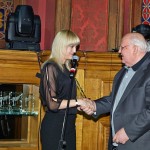 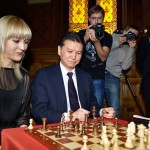 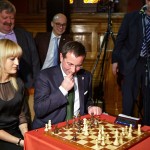 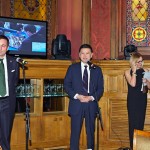 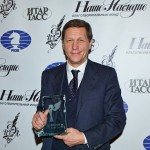 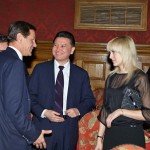 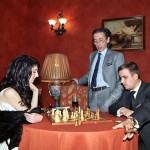 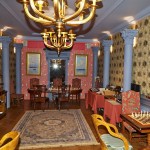 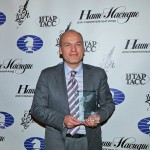 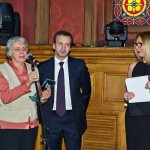 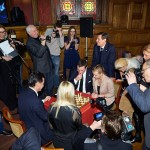 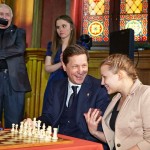 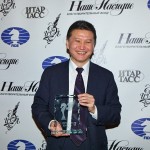 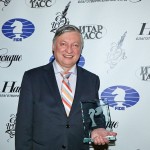 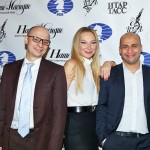 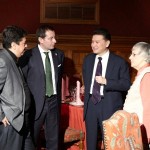 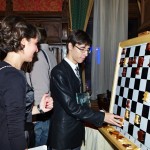 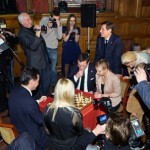