The Beijing Grand Prix has a clear dominating figure so far – Sergey Karjakin. He achieved his third straight victory – the second with black – and is the clear favorite to take first place. His energetic play is paying off and it will be hard for his rivals to catch him if he continues to play so well. The closest followers to the leader are already a whole point behind – Mamedyarov, Grischuk and Topalov.

The third round was really entertaining and, once again after the first round, all three decisive results favored black. This fact challenges all statistical data that claims white has an advantage, especially in the elite. If the players are looking for a fight, they will find a way to create problems for his rivals with either color.

This is the second time this year that Sergey Karjakin begins with a dominating streak. His win at Norway Chess 2013 saw him achieving a similar feat at the start of the event. His victim today was Alexander Morozevich, who played quite creatively but could not handle the initiative properly. His younger compatriot took advantage of this masterfully.

Karjakin used a Queen’s Indian setup with a lot of maneuvering piece play in the opening. This created a very strange and messy position in the middlegame. White’s play was speculative, allowing black to leave his king in the center for a while and then hide it on the queenside. By this time, Karjakin probably realized that his direct attack on the kingside would be faster and more effective; he was not wrong. Morozevich resigned on move 35 when the black pieces are about to invade his king’s shelter. 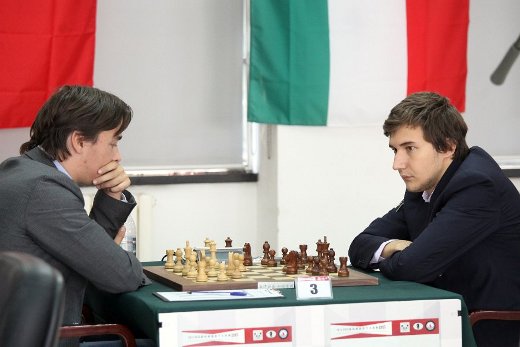 Another player that is having a memorable year is Shakhriyar Mamedyarov. He won two rapid tournaments consecutively: first, he got the title of World Rapid Champion, and then, went on to beat Vladimir Kramnik in the final match of the Geneva Chess Masters elite event. Now, he joined the chasing pack today by defeating Vassily Ivanchuk in 43 moves.

The Azerbaijani played very creatively in the opening. Ivanchuk did not seem to be in an attacking mood and allowed his opponent to get excellent piece play with an early queenside expansion. On move 23, the Ukrainian gave up his queen for three minor pieces in a very rarely seen material imbalance. Mamedyarov gave up an exchange to avoid getting under a huge attack with the coordinated pieces, and got the full point thanks to a blunder by Ivanchuk in the 40th move. 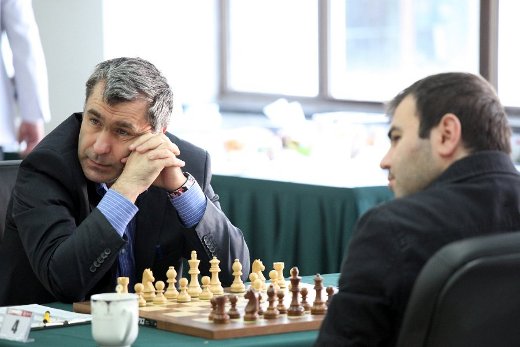 The biggest surprise of the day was the win of Anish Giri over Boris Gelfand. The Israeli has been getting good results and does not usually give his rivals any chances when he is leading the white pieces. However, he was not himself today, as he lost the game on time in a rather balanced endgame. This was his second loss in Beijing.

Anish Giri played the Dutch defense, honoring the country that allowed him to carry its flag. Gelfand played solidly to avoid getting in trouble in a position that he did not seem to be very comfortable. Eventually, they reached an endgame with two minor pieces and four pawns for each side. When they got to move 37, Gelfand let his flag fall and had to write down a zero next to his name in the score-sheet. 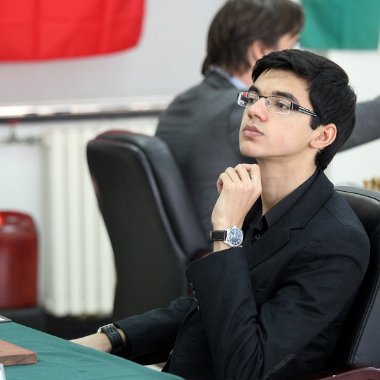 Both Chinese players got in trouble and managed to save their games in very dramatic ways. Wang Hao took advantage of the opposite-colored bishops to avoid losing against Alexander Grischuk in a position where he was two pawns down. Wang Yue also salvaged a half point in his game against Peter Leko; the Hungarian was not able to break the Chinese’s resilient defense. 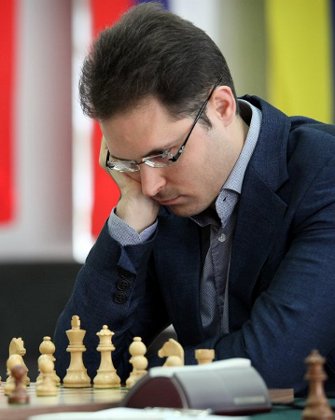