Beijing is hosting yet another stage of the Grand Prix Series. The second day brought only one decisive result, the victory of Sergey Karjakin over Wang Hao. This leaves the Russian in clear first place as the only player to score two straight wins at the start of the event. With these results, Karjakin has taken over two of his compatriots – Grischuk and Kramnik – in the live ratings list.

Today’s round was quite short, as most of the games finished before the time control, except Grischuk – Ivanchuk. This proves how well prepared are the elite players with black; they showed lines that led to quick equality or directly to a repetition of moves.

Sergey Karjakin is having a great year so far. He won the Aeroflot and Sberbank rapid events, and got an impressive first place at the first super-tournament in Norway. His deal with a new sponsor seems to have brought the expected results, as he is now fourth in the live ratings, and Russia’s number one, having taken over former world champion Vladimir Kramnik. He will have to keep in shape to keep that position.

Karjakin’s win over Wang Hao came in a strange variation that began as a Pirc. White was left with an isolated e-pawn but also with a huge advantage in development. The Russian decided to castle queenside and go for a full-on tactical battle. The Chinese reacted correctly, getting a quick attack against the king. However, Sergey, who is a very experiencied 1.e4 player handled the position energetically to finally claim the full point in 30 moves. 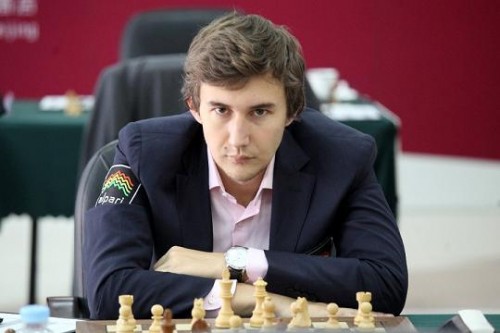 The longest, and most interesting, draw of the day was the one between Alexander Grischuk and Vassily Ivanchuk. The Ukrainian had a couple of disappointing tournaments, but seems to be in shape to fight with the elite once again. Alexander Grischuk used his pragmatic style but was not able to break Vassily’s resilient defense.

The players went into a sort of closed Sicilian with a fianchettoed bishop on g7. Ivanchuk’s decision to quickly exchange this bishop gave Grischuk a chance to go for a kingside attack. The Ukrainian hid his king in the center and defended precisely to avoid getting cornered. The Russian kept pushing but black found a forced way to get into a three-fold repetition. The peace treaty was signed on move 41. 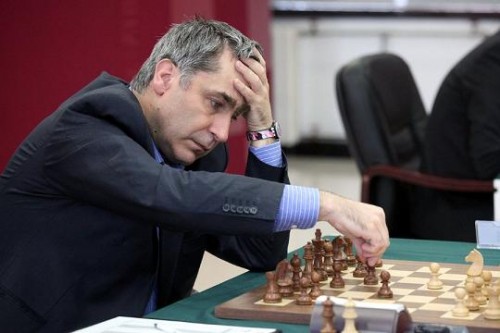 World rapid champion Shakhriyar Mamedyarov tried to break Gata Kamsky’s Chebanenko Slav, without success. The American quickly counter-attacked in the center to simplify the position. After his loss on time in the first game, Kamsky must have been relieved to get a rather quick draw with black against such a dangerous opponent.

Giri – Morozevich and Wang Yue – Gelfand lasted less than 25 moves. In both cases, the players went for a repetition in complicated positions where a single mistake can be very expensive in the long-run. Veselin Topalov could not get anything against Peter Leko’s deep preparation with black; the players shook hands in a completely equal rook endgame after 35 moves. 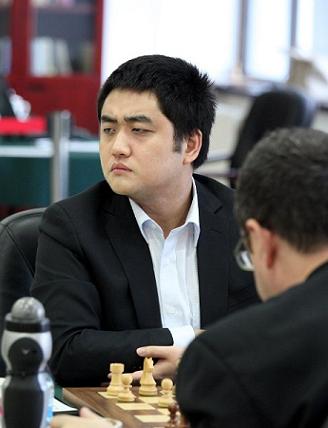