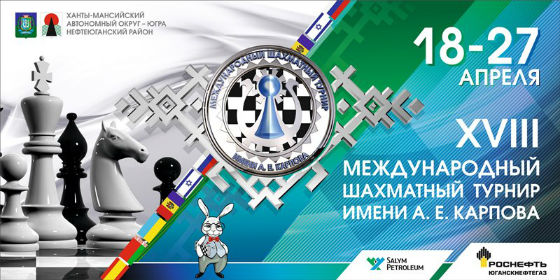 The 18th Karpov Poikovsky Tournament is set to take place from 18-27th April at the Sports School “Neptune” in Poikovsky, Nefteyugansk Ugra, Russia.

The round robin tournament with ten players has the average elo of 2679.

The event will be visited by Anatoly Karpov, Sergey Karjakin and Olympic boxing champion Vyacheslav Yanovsky.