The 9th and 10th rounds were played this weekend. The favorite team of  Baden-Baden maintained its perfect score and obtained a very important victory against second placed SG Solingen.

Werder Bremen, that’s not having a very good season, played against SV Mülheim Nord in a very exciting match-up. First, Mülheim scored a point on the last board before the first time control. Bremen answered with a victory by Finnish GM Tony Nyback on 72 moves, and the show was just beginning. Konstantin Landa made huge efforts to get a full point in a R+K vs R endgame until move 116, while Luke McShane tried to convert his pawn advantage in a queen’s endgame for 147 moves! Final score: 4-4.

The team SG Solingen had a very important match in the 9th round. They played against SG Trier and managed to score a victory by the smallest margin. Daniel Stellwagen and Chanda Sandpian suffered losses against lower rated players, so the rest of the team had to buckle up and look for ways to squeeze a win. The decisive point came on the first board, where GM Markus Ragger needed 101 moves to overcome GM Tornike Sanikidze. Final score: 4.5-3.5. 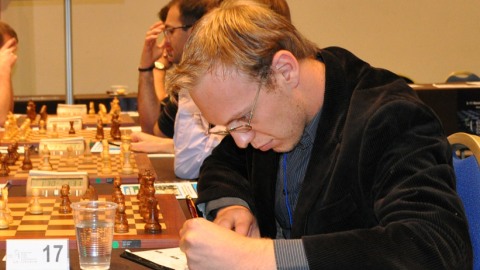 The first highlight of the round was the honorable presence of the 12th World Champion Anatoly Karpov, who made his first appearance of the season for his team SV 1930 Hockenheim. The legendary Russian drew against his young compatriot Evgeny Alekseev. Nonetheless, Karpov’s presence had a good effect on his teammates, who achieved a victory thanks to wins on the second and fifth board by GM Rainer Buhmann and GM Zoltan Ribli.

This round was also very important for SC Solingen. They had the chance to overcome the strongest team of the tournament in their direct encounter. However, Baden-Baden demonstrated why they are the defending champions and defeated their biggest rivals 5-3, thanks to wins by GM Alexei Shirov and GM Rustam Kasimdzhanov. 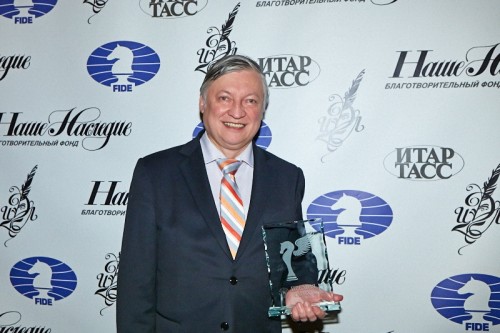