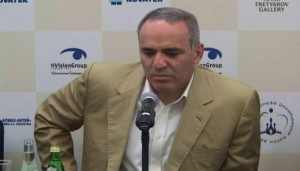 The 2016 U.S. Championships was helf from April 13 through April 27 in the Chess Club and Scholastic Center of Saint Louis (CCSCSL). The top three players will compete in a special blitz round robin format against Garry Kasparov.

In this case these are the Champion Fabiano Caruana and the other two medalists Wesley So and Hikaru Nakamura.

Games will be live on Chessdom.com and start at 1 pm local time (which is 19:00 CET, UTC/GMT -5). The playing days are 28th and 29th of April. Analysis will be provided by the TCEC top finishers Komodo, Stockfish, and Houdini.