After the press conference FIDE President Kirsan Iyumzhinov made the first symbolic move in the game between Humpy Koneru and Hou Yifan. 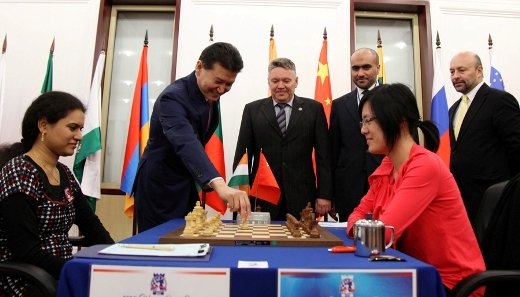 After the first time control Alisa Galliamova managed to win against Betul Yildiz in a slightly better endgame.

The long game between Antoaneta Stefanova and Nadezhda Kosintseva finished in favor of the newly crowned World Rapid Champion.

A very exciting clash between Tatiana Kosintseva and Alexandra Kosteniuk ended in a draw.

The time control is 90 minutes for the first 40 moves, 30 minutes for the rest of the game, with an increment of 30 seconds per move starting from move one. Draw offers are not allowed. Games start at 15:00h local time. The prize fund is 40,000 euro. 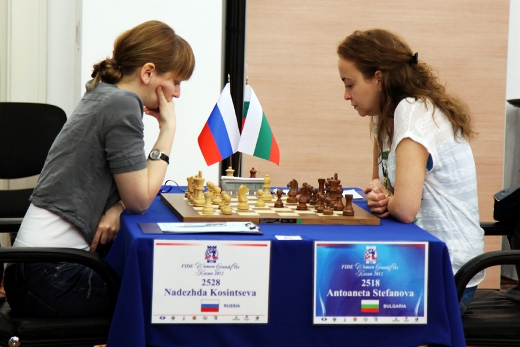 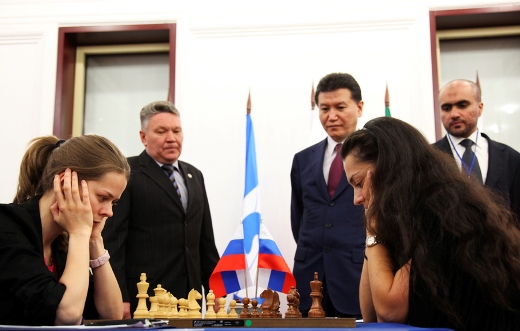 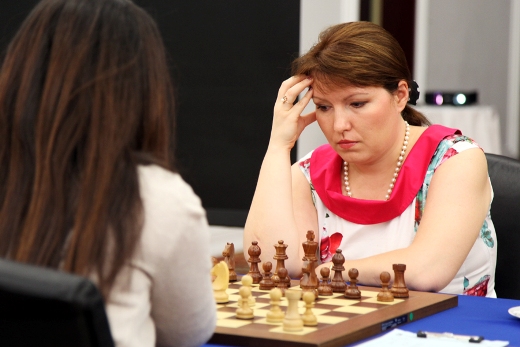