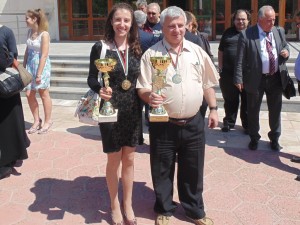 The Bulgarian Individual Chess Championships for men and women were held simultaneously from 10th to 18th May, 2014 in the city of Kozloduy. Both GM Kiril Georgiev and WGM Iva Videnova successfully defended their last year’s titles. This is the 5th title of GM Georgiev from national championships, he also won the trophy in 1984, 1986, 1989, and 2013. The success was also special for WGM Videnova, making her titles 3-in-a-row – 2012, 2013, and 2014.

The 78th Bulgarian championship for men and the 63rd individual competition for women was organized by the Bulgarian Chess Federation and Chess Club “Radetzky”, in collaboration with the Kozloduy Nuclear Power Plant. The format of both events was a 10 player round robin with time control 90 minutes for 40 moves plus 30 minutes for the rest of the game plus 30 second per move starting from move 1.

GM Kiril Georgiev became Bulgarian champion for fifth time with 7/9 points, half a point ahead of the runner up GM Ivan Cheparinov, who collected 6.5/9 points. Cheparinov left the nearest follower 1.5 point behind. GM Atanas Kolev took the bronze with 5/9 points.

WGM Iva Videnova became 3-peat Bulgarian champion for women after winning 5 consecutive games in the last 5 rounds of the competition. Videnova finished with 7/9 points, leaving the runner-up WIM Elitsa Raeva half a point behind.

Third place was shared by WGM Adriana Nikolova and WGM Margarita Voiska with 5.5/9 points, but Nikolova took the bronze due to her superior tie-break score.

Scroll down for the full standings. 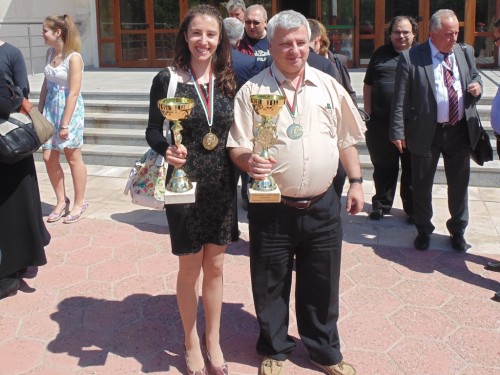 Videnova and Georgiev are 2014 Bulgarian champions 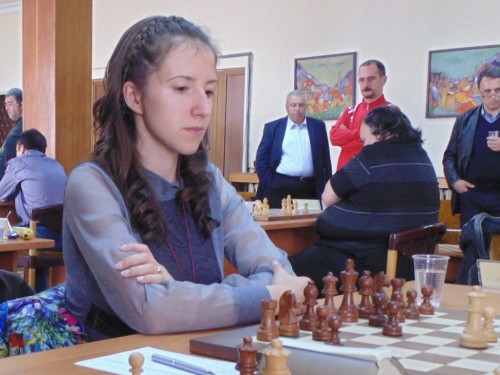 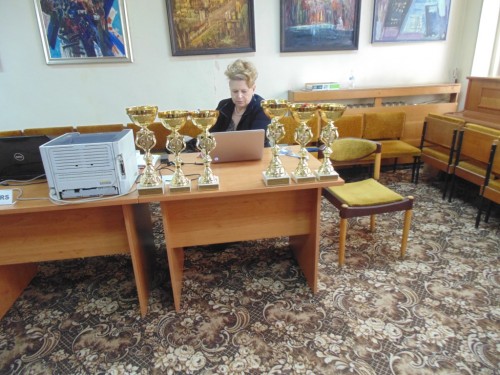 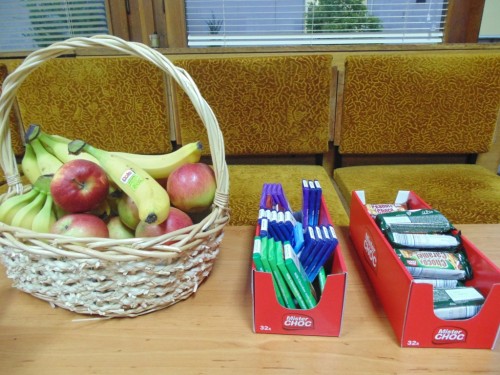 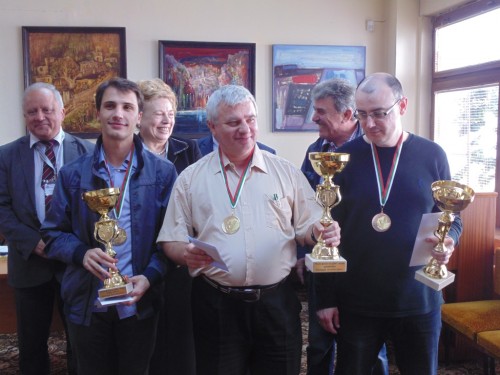 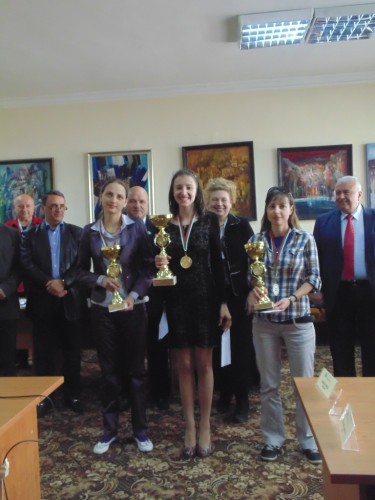