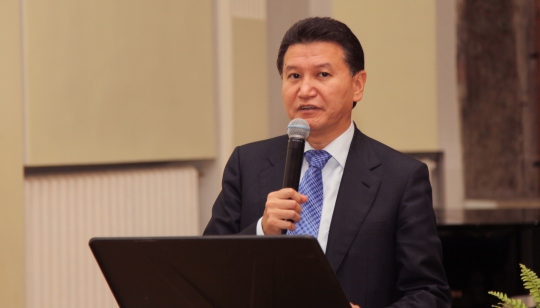 At the end of the Board meeting held in Athens, Greece on the 26th March 2017, Mr Kirsan Ilyumzhinov announced his resignation from the position of FIDE President. The Presidential Board has been formally advised of this announcement and an extraordinary board meeting has been called in April.

Shortly after, Kirsan Ilyumzhinov told TASS that he never submitted any resignation despite earlier media reports.
“They wanted to oust me, but they could not pull it off,” Ilyumzhinov said in an interview with TASS. “I did not sign anything and I am not stepping down.”
“I believe the Americans are behind this escapade and it looks like a set-up,” the long-time FIDE chief added.

Letter from Kirsan Ilyumzhinov to Presidential Board and national chess federations

FIDE Executive Director Nigel Freeman confirmed for Sport-Express:”- Mr. Ilyumzhinov announced his resignation. In April, an extraordinary meeting of the Presidential Board will be held to discuss this issue.”
FIDE had no further comment.

Russian Chess Federation also has a statement from Mr. Ilyumzhinov.

Due to the US sanctions, in December 2015 Kirsan Ilyumzhinov passed the authority of FIDE President to Deputy President Georgios Makropoulos. 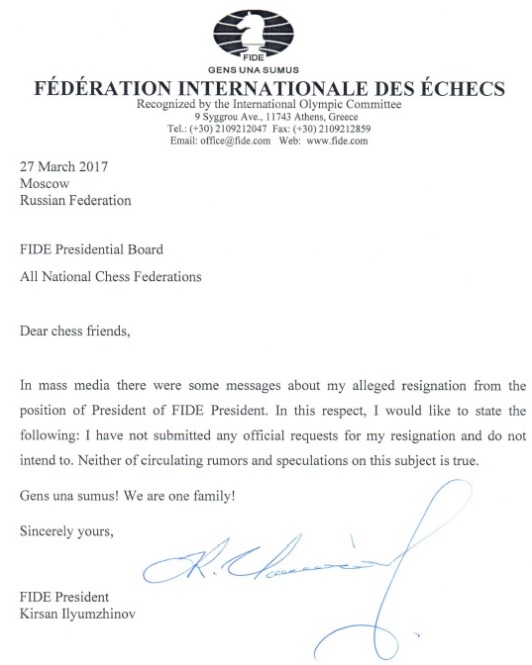 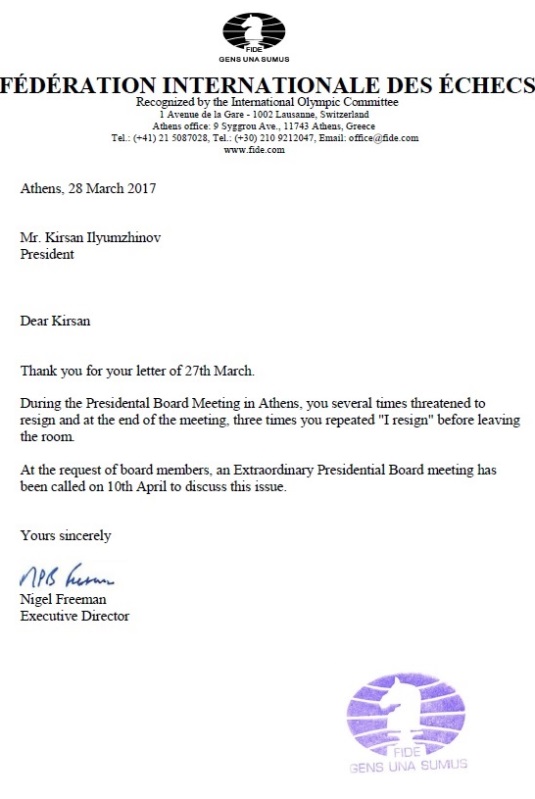 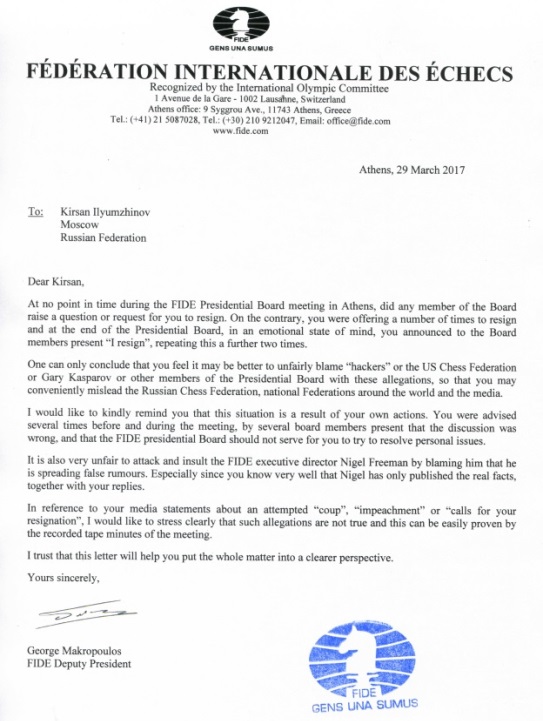